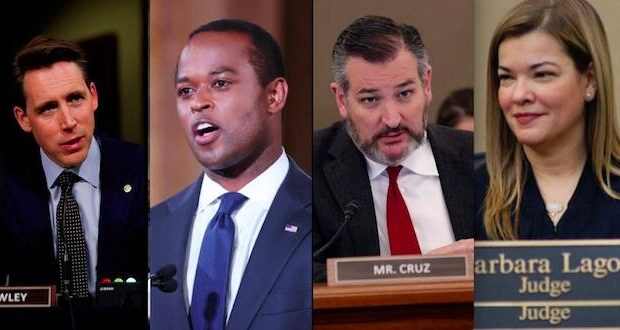 President Donald Trump on Sept. 9 released an expanded list of individuals he is considering for the next vacancy on the Supreme Court.

Court watchers and pro-life leaders say the list includes the kind of conservative jurists pro-life groups support because they have a history of upholding pro-life legislation or following the rule of law. The list (see the end of this article) includes Republican Missouri Sen. Josh Hawley  and Sen. Ted Cruz (R-Texas). Judge Amy Coney Barrett is still at the top of the list along with Judge Amul Thapar and pro-life Sen. Mike Lee of Utah.

“Apart from matters of war and peace, the nomination of a Supreme Court Justice is the most important decision an American president can make,” Trump said at the White House in Washington.

The candidates on the list would uphold the Constitution if approved, Trump said, adding, “The 20 additions I am announcing today would be jurists in the mold of Justices Antonin Scalia, Clarence Thomas, and Samuel Alito.”

Trump warned of a dismal future if the Supreme Court ever included a majority of Democrat-appointed justices, claiming they would “erase the Second Amendment, silence political speech, require taxpayers to fund extreme late-term abortion.”

During his campaign in 2016, Trump released a similar well-received list that remind pro-life voters about the importance of judges in the presidential election and how the Supreme Court has kept virtually unlimited abortions in place since 1973. Trump eventually nominated Brett Kavanaugh and Neil Gorsuch from that list.

Sen. Tom Cotton said in a statement that he was “honored” by the selection, adding that he believes “the Supreme Court could use some more justices who understand the difference between applying the law and making the law, which the court does when it invents a right to an abortion, infringes on religious freedom, and erodes the Second Amendment.”

Cruz said in a statement that he is “grateful for the president’s confidence in me and for his leadership in nominating principled constitutionalists to the federal bench.”

A leading pro-life group praised the president for his news list of potential Supreme Court appointees.

“President Trump’s latest Supreme Court list is filled with all-stars. The list reflects the president’s firm and proven commitment to only nominating Supreme Court justices who will respect the Constitution and the inalienable right to life,” SBA List president Marjorie Dannanfelser told LifeNews.com. “We are confident that if a Supreme Court vacancy occurs in 2020 that President Trump and our pro-life Senate majority led by Leader McConnell and Judiciary Chairman Graham will move swiftly to fill it.”

“In contrast to President Trump, Joe Biden will only nominate Supreme Court justices who will uphold the Roe regime that allows for abortion on demand through birth,” she added. “The issue of the Supreme Court continues to highly motivate our base and we are seeing it persuade targeted voters at their doorsteps in presidential and Senate battlegrounds. It is a central issue in emphasizing that the 2020 election is the most important of our lifetimes and is why SBA List is committed to educating seven million voters across key presidential and Senate battlegrounds.”