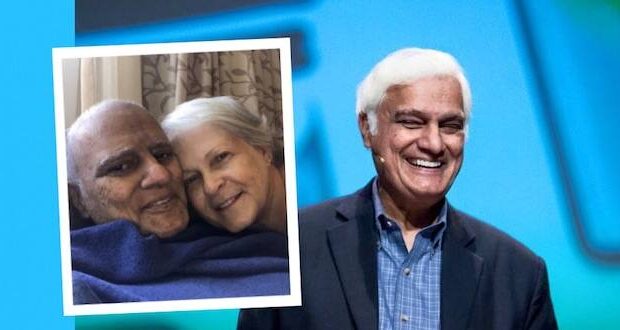 Christian apologist and Bible teacher Ravi Zacharias, 74, passed away at his home in Atlanta in the early hours of May 19.  Zacharias lost his battle with a rare form of cancer in his spine.

Zacharias announced earlier this year that he was suffering from severe pain in his spine and would undergo surgery. A malignant tumor of the sacrum called sarcoma was discovered in March.

He battled the disease with the help of top doctors, but his daughter announced less than two weeks ago that no further medical treatments were available.

This morning, our beloved founder and apologist @RaviZacharias went home to be with Jesus. RZIM’s CEO, Sarah Davis, shares this reflection on her father: https://t.co/EzMVVamxyx pic.twitter.com/kZ03xNyMCV

The apologist founded his international apologetics ministry, RZIM, in 1984, and has been widely sought after for decades for his eloquent answers to life’s biggest questions.

“[Ravi] saw the objections and questions of others not as something to be rebuffed, but as a cry of the heart that had to be answered,” said Michael Ramsden, president of RZIM. “People weren’t logical problems waiting to be solved; they were people who needed the person of Christ. Those who knew him well will remember him first for his kindness, gentleness, and generosity of spirit. The love and kindness he had come to know in and through Jesus Christ was the same love he wanted to share with all he met.”

Zacharias was a prolific author, debater, and academic throughout his life, reaching skeptics with the gospel of Jesus Christ.

“It was his Savior, Jesus Christ, that my dad always wanted most to talk about,” said Sarah Davis, CEO of RZIM. “Even in his final days, until he lacked the energy and breath to speak, he turned every conversation to Jesus and what the Lord had done. He perpetually marveled that God took a 17-year-old skeptic, defeated in hopelessness and unbelief, and called him into a life of glorious hope and belief in the truth of Scripture—a message he would carry across the globe for 48 years.”

Zacharias is survived by his wife of 48 years, Margie; daughters, Sarah and Naomi; son, Nathan; and five grandchildren.

Previous: Survey finds many parents to continue homeschooling after pandemic
Next: Missouri Auditor Galloway praises dark money group then says she hates it “with a passion”