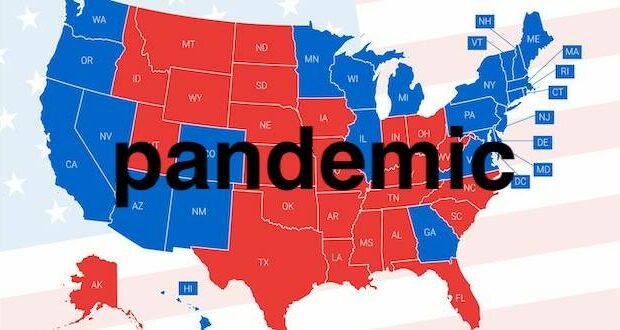 A new study confirms that conservative states fared much better than liberal ones during the pandemic.

The Committee to Unleash Prosperity study compared state performance on metrics including the economy, education and mortality from the virus, and examined how states and their respective governments handled the pandemic response.

“Shutting down their economies and schools was by far the biggest mistake governors and state officials made during COVID, particularly in blue states,” Steve Moore, co-founder of the Committee to Unleash Prosperity, told Fox News Digital. “We hope the results of this study will persuade governors not to close schools and businesses the next time we have a new virus variant.”

New York, California, New Jersey and Illinois were among the worst in dealing with the coronavirus, performing “poorly on every measure,” the report said. These states “had high age-adjusted death rates; they had high unemployment and significant GDP losses, and they kept their schools shut down much longer than almost all other states.”

The study also found no correlation in those states that enacted stringent travel, vocation and dining restrictions with lower death totals.

“The study verifies other studies, which have found that locking down businesses, stores, churches, schools and restaurants had almost no impact on health outcomes across states,” the report said. “States with strict lockdowns had virtually no better performance in COVID death rates than states that remained mostly open for business.”

Throughout the first two years of the pandemic, liberal states were widely applauded for their restrictions, while conservative states were lambasted.