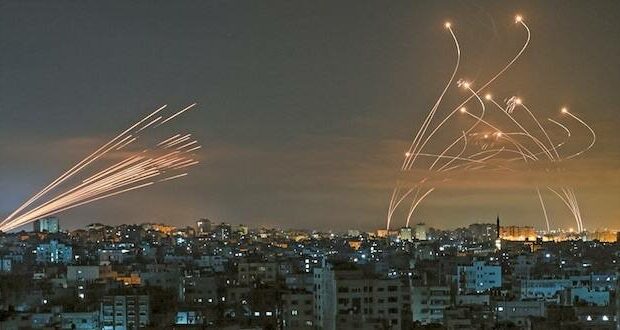 The bill is expected to make the $1 billion available for Israel for the next two years it Israel decides that it still needs the funding for “the acquisition, enhancement, maintenance and sustainment of the Iron Dome defense system to counter short-range rocket threats.”

The move to fund Israel’s Iron Dome comes as Democrats have again had to deal with another anti-Semitic outburst from Rep. Ilhan Omar, D-Minn., this week. Omar said during an interview with CNN’s Jake Tapper that she did not regret comparing the United States and Israel to terrorist organizations, and then she lashed out at Jewish lawmakers

Omar was slammed by Jewish organizations for her anti-Semitic outburst, which is just the latest example in a long history of anti-Semitic remarks. House Speaker Nancy Pelosi said several weeks ago that she “did not rebuke” Omar for comparing the U.S. and Israel to terrorist organizations.

It is unclear what steps Democrat lawmakers have taken to help replenish Israel’s Iron Dome missiles, because they have been obsessed with creating a commission to investigate the January 6 riot while resisting calls to investigate antifa and Black Lives Matter for the billions of dollars in damage inflicted on U.S. cities last summer.

Critics have suggested that the commission is intended to be, in part, a distraction from how the Democrats are struggling. The “Washington Post’s” Henry Olsen wrote on Wednesday that voters were flashing all sorts of warning signs to Democrats ahead of the 2022 midterms. Recent polling has shown that Democrat President Joe Biden is losing significant ground with voters, especially Democrats, and a separate report on Wednesday said that Vice President Kamala Harris’ office was in a state of chaos.

Previous: Pro-life sanctuary city movement picking up steam across the nation
Next: Unemployment ticks up even as more jobs added