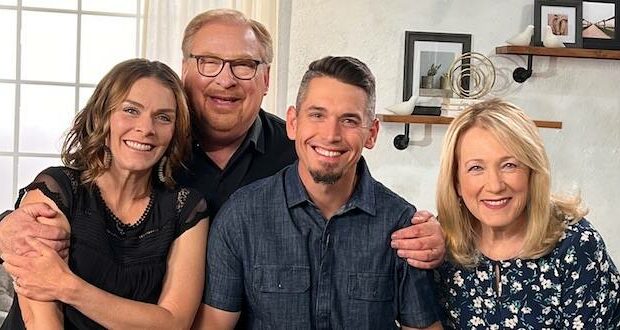 Rick Warren is leaving big shoes to fill, but Saddleback Church has announced that Andy Wood will take over leadership of the 40,000-member California church.

Wood, 40, will come to Saddleback from San Jose’s Echo Church, which he led for 14 years. He and his wife, Stacie, launched it with only a few attendees. Today, Echo Church has nearly 3,000 attendees on four campuses.

One year ago, Warren announced he would be stepping down as senior pastor to become the leader of the Finishing the Task global coalition, which has nearly 1,600 denominations and ministries. But the announcement did not come without controversey.

“Kay and I believe so much in this couple,” Warren said. “We love them so much, and we are confident that God has prepared and chosen them to take up the baton and run the next leg of the Saddleback marathon. We truly, deeply, confidently and unreservedly endorse this couple to take our church to the next level of growth and impact.”

The decision comes after a former Echo Church staff member on social media made allegations about Wood’s leadership.

Saddleback issued a statement Sunday night saying Wood had told the church’s elders about the allegations made by the former staffer during his interview process. Wood says he offered to show them videos of his meetings with the former staffer. The church then tasked the pastor search company, Vanderbloemen Search Group, which did the initial background check on Wood, to do a follow-up investigation.

“Our elders have now received a preliminary second report from The Vanderbloemen Search Group, clearing Pastor Wood from all allegations,” the church said in a letter to the congregation Sunday, June 11.

“Like Paul, we can say, ‘I have fought the good fight,” Warren wrote in a letter to the congregation. “I have finished the race. And I have kept the faith!’ 2 Timothy 4:7 (NIV). Now it is time for us to pass the torch on to a new generation who will love, lead, and pastor our church family in the decades ahead.”

Saddleback was launched in January 1980 out of the Warrens’ apartment, months after Rick Warren had what he called a “Damascus Road experience” while a student at Southwestern Baptist Theological Seminary.

“Poring over census charts that summer afternoon, my eyes fixed on a word I’d never seen before: Saddleback,” Warren wrote in his letter to the church. “I had no idea how that single word, Saddleback, would shape and direct the rest of my life. I felt my gaze strangely frozen on that word. I couldn’t take my eyes off it! The word Saddleback captivated my heart, and I felt electric excitement running through my body. At that moment, God whispered, ‘That’s where I want you to invest your life growing a new church.’ I started sobbing. That was my calling to serve you. From that moment on, for the next 43 years, every single day of my life would be dominated by that word, Saddleback.”