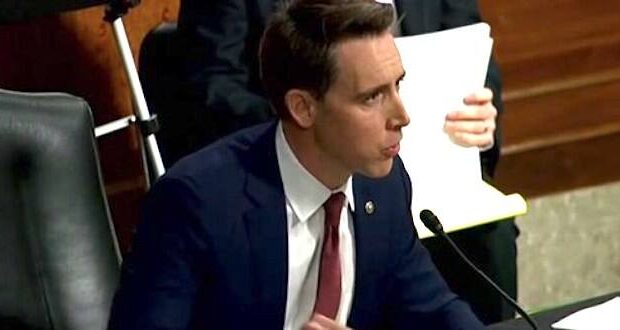 A “Kansas City Star” story this week criticized Missouri Sen. Josh Hawley for living at his sister’s house while in Missouri as he builds a new home for his family. Bryan Lowry, the paper’s Washington correspondent who wrote the story, has a history of political bias, according to media watchdogs.

“This is a laughable attempt of a smear by a Democrat group and their allies at what is left of the KC Star,” Hawley spokesperson Kelli Ford said. “Josh and Erin sold their home in Springfield earlier this year to build a new one in Ozark, Missouri, and are staying down the street with family in Ozark while it’s finished. We realize Ozark may not be ritzy, but it suits Josh and Erin just fine. With ridiculous stories like this one, it’s no surprise the KC Star is losing money and had to move its printing operations out of state.”

Hawley himself also pushed back on the hit piece, bashing the newspaper for apparently moving its own printing operation out of Missouri into Iowa and slamming the newspaper for ties to big-tech giant Google, which Hawley has been particularly critical of during his time in the U.S. Senate.

“It’s sad. The Google-KC Star has become a dumping ground for Democrat BS no other publication will run,” Hawley wrote. “Enjoy Iowa!”

“One day after I exposed more liberal #BigTech censorship, some George Soros Democrat group is attacking me for – wait for it – building a new home in Ozark, MO,” Hawley wrote on Wednesday. “House is coming along great! We love Ozark. Dem losers, thanks for playing.”