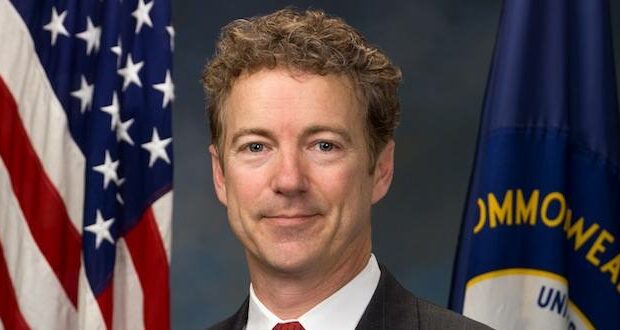 Democrats have been forced to remove funding for Planned Parenthood they had inserted into the Covid Stimulus Bill.  The funding had been inserted as just a part of the 90 percent of the $1.9 trillion package that had nothing to do with ending the pandemic.

Democrats had attempted to allow the nation’s largest abortion provider to receive hundreds of millions from the Paycheck Protection Program meant for small businesses.

“Democrats knew this was never about COVID relief or helping small businesses,” said Dr. Paul. “It was a shameless attempt to fund their radical agenda on the taxpayers’ backs and I was successful in preventing that from happening by stopping these funds from going to abortion mills.”

The original congressional intent of PPP was to limit large and well-financed groups, such as Planned Parenthood from receiving a loan, and instead provide relief to small businesses affected by COVID-19.  But Democrats, under their House-passed COVID relief bill, made it so individual Planned Parenthood locations would be treated as separate and distinct entities and be eligible for taxpayer-funded under the program.

Democrats had planned to waive affiliation rules for nonprofits to provide paycheck protection loans to Planned Parenthood in the House version of the COVID-19 relief package, but Paul strenuously argued to the Senate Parliamentarian that this waiver would only benefit Planned Parenthood and thus violated the so-called Byrd rule.  Before the Parliamentarian was able to rule on the arguments presented, the Democrats filed an updated version of the bill that did not include the offending provision – a concession that avoided setting a precedent against Planned Parenthood funding.

Last year, the Planned Parenthood abortion business improperly applied for and received $80 million in federal funds meant to support small businesses as they battle the economic fallout from the coronavirus.

Some 37 Planned Parenthood affiliates received the funds from the Paycheck Protection Program (PPP), despite the abortion corporation being explicitly blocked from doing so. Planned Parenthood of Orange and San Bernardino Counties in California received the largest loan of $7.5 million, and that affiliate was caught selling the body parts of aborted babies.

Another controversial part of the current Covid relief bill includes a provision that gives federal employees a $1,400 check every week their children are not in school full-time.