Allegations of sexual misconduct, occurring from the houses of government to the houses of God have rocked our society in the past several years.

The sexual misconduct epidemic has negatively affected every major sector of society including education, religion, business, and government. Doctors, teachers, ministers, entertainers, public and private administrators from across our nation have all been implicated in sexual misconduct claims. Not all the claims are valid but unfortunately, many are. Society must effectively address this rapidly spreading social malady because it is not going away by ignoring it.

The Scope of the Problem: Child sexual abuse, in particular, exploits and degrades children and can cause serious damage to the cognitive, social, and emotional development of a child. Current statistics indicate that about one in 10 children will be sexually abused before their 18th birthday (1). 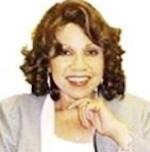 More disturbing, child sexual abuse victims were almost twice as likely to be arrested for a violent offense as the general population (20.4% versus 10.7%)(2).

In the business sector, The Equal Employment Opportunity Commission (EEOC), the Federal agency tasked with enforcing civil rights laws affecting the workplace, is reported to have received 13,055 charges of sex-based harassment in 2018. This total does not include charges filed with state and local fair employment practice agencies. Monetary settlements of $52.3 million dollars are reported relative to sex-based charges in 2018 (3).

The litigation cost of sexual harassment/child sexual abuse claims for an organization can be astronomical. The average cost to defend a claim of sexual misconduct is reported at $150,000 for a single claim and when successful such claims frequently have large verdicts which now average $350,000, not to mention the other detrimental organizational effects such as decreased workplace performance and productivity, increased employee turnover and reputational harm to the company.

Don’t Miss this Seminar: Learn how to Stop Prohibited Behavior in Your Organization Before it Begins while Safeguarding form Lawsuits.

In the religious sector, it is reported that the U.S. Catholic Church alone has incurred nearly $4 billion in costs related to the priest sex abuse crisis during the past 65 years (4).   A survey of 6,000 people conducted by a major Protestant denomination found that half of all laywomen and one-third of laymen witnessed or were victims of some degree of sexual harassment or misconduct in their congregations. Seventy-seven percent (77%) of clergywomen and (50%) of clergymen say laity have violated their boundaries through unwanted sexual behavior or comments (5).

The implementation of effective and proactive prevention strategies is a moral responsibility and a business necessity. However, where do we start? How do we begin?

I believe that we as a society must start with the Three A’s:

1. Admit that we (society as a whole) have failed in this most critical and life impacting area;

2. Acknowledge that there is a serious sexual misconduct problem in our nation as clearly documented in The Scope of Problem Statement reflected above and lastly;

3. Act responsibly by developing and implementing proactive effective programs in order to avert sexual misconduct from happening in our organizations. We can no longer live in denial just because we do not see anything happening, does not mean that there is not a problem or potential problem in your organization. Sexual misconduct normally is done in darkness and it is frequently unreported.

The following are six key strategies that your organization can implement in order to avert claims of impropriety and protect those you serve from the devastation caused by sexual misconduct:
1. Develop clear policies defining and prohibiting sexual misconduct in your organization;
2. Implement screening and selection procedures that include comprehensive background checks for staff and volunteers; 3. Establish strict guidelines on interactions between individuals;
4. Develop a system for monitoring behavior;
5. Establish procedures for ensuring safe environments, responding to inappropriate behavior, breaches in policy, allegations and suspicions of child sexual abuse and sexual harassment;
6. Provide regular training regarding sexual harassment/misconduct prevention. Civil Rights Laws are changing and what was permitted yesterday may be prohibited today and considered harassment or a violation of an individual’s civil right.

Don’t be another statistic or news article. Take the time to develop a proactive Safe Organization Program. It could literally save a life, maybe your own.

Previous: Magic Johnson serving his church after stepping away from NBA job
Next: Hillsong pastor shares his thoughts on why parents should allow trick or treating