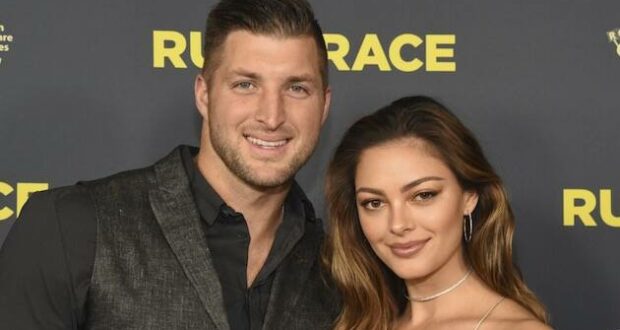 Tim Tebow on patience and compromise in marriage

Tim Tebow has opened up about his marriage to Demi-Leigh Tebow and shared how the two have learned to compromise and work as a team.

Tebow talks in detail about how his love for his wife came to be his new book Mission Possible: Go Create a Life that Counts. The former NFL star is now giving his supporters an update on his life post-marriage.

“Dating Demi was great. Engagement was better. And being married is even better than that,” the 34-year-old told PEOPLE magazine.

The couple married in January 2020. An outspoken Christian, Tebow shared how he chose to stay pure until marriage.

READ: Tebow challenges Christians to live out their mission

The athlete told PEOPLE he’s enjoyed getting to “learn and grow” with his wife, adding: “There have been so many things we’ve gotten to do together. We’ve gotten to find the things we have in common, but also to find where we’re different. We’ve served together, which is the most fulfilling thing. A lot of that has been through my foundation.”

Tebow and the South African model and beauty pageant titleholder regularly do work together for The Tim Tebow Foundation. Since being married, they host the annual Night to Shine event that celebrates the lives of children and adults with special needs.

“The pandemic changed a lot” for the Tebows, the athlete revealed.

“We couldn’t travel as much. I had to stop, sit and look internally,” he explained. “That was good for me. I learned a lot of patience, which is something I struggle with a lot in my life.”

Tebow said that “being more patient with Demi has been good. We have three puppies, so we’re forced to be patient. Potty training and everything else, it’s been a lot.”

When asked what he’s learned about his bride, the Heisman Trophy winner noted that relationships can be a “challenge.”

“It can be a challenge because you’re learning about someone so deeply who is so different than you,” he said. “I’m the baby of five, and I’ve always been in a big family and around people all the time. I’m always ‘go, go, go.’ But Demi had just one sister who was nonverbal and has passed away. So she’s not as busy.”

He explained that his wife likes downtime and moments to relax, while he prefers to remain active. Tebow disclosed that he initially was “being not so sensitive, not understanding,” but the young couple learned to compromise.

However, they still have some challenges.

“We fight over the thermostat. I want it drastically colder. I have a ChiliSleep on my side of the bed. It’s an invention that has all these wires that go through it, and it makes my side of the bed 59 degrees. And she has like 42 pillows and blankets. I can’t sleep with heat,” he said.

“Also, I’m not a good cook,” he commented. “But that’s actually something that is important in Afrikaans culture. It’s called braai, and it’s like barbecuing. All her family can braai and it’s so good. And they give me such a hard time about it — it’s almost like I’m not really a real man because I can’t braai. So I’ve learned a little bit about how to cook — but it’s mostly to surprise her with breakfast in bed.”

The Florida native looks forward to continuing working with his wife to serve others.

“It’s great to have someone by my side and we can be making an impact together. It’s sort of like I say in the book: That we have to make the right choices to fulfill our responsibilities and really make a difference in the world.”

Mission Possible is now available wherever books are sold.

Jeannie Ortega Law is a reporter for The Christian Post. Reach her at: jeannie.law@christianpost.com She’s also the author of the book, What Is Happening to Me? How to Defeat Your Unseen Enemy Follow her on Twitter: @jlawcp Facebook: JeannieOMusic