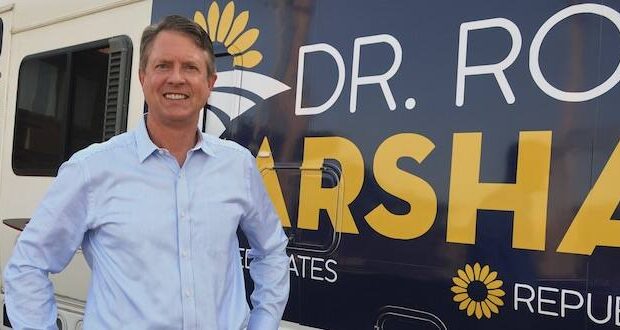 The Kansas U.S. Senate race is one of the most important races for people of faith this election cycle. For Republicans, it may be one of the most difficult to win. The likely Democrat candidate, Barbara Bollier, has raised almost $8 million on the threat that she will be running against Kris Kobach. That is almost the amount raised by all of the Republican candidates combined.

Who is Barbara Bollier this year? 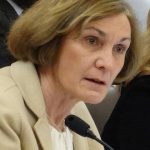 So, who is Barbara Bollier and why is it so important for people of faith to defeat her? Bollier is a current Democrat state senator and retired anesthesiologist (two decades ago) from Mission Hills. Previously, she held herself out as a Republican in order to get elected even though her vote totals were always to the left of state Democrats. She occasionally caucused with the Democrats and was punished for endorsing Democrat Laura Kelly over Kris Kobach in the 2018 governor’s race. She then switched to become a Democrat.

Bollier supports the extreme Democrat Party positions on abortion and socialized medicine plus opposition to the 2nd Amendment – an important issue for Kansans. More importantly, for people of faith, was her hateful and bigoted comments in the legislature against Catholics and Christians. Her comments come at the 7:42:41 mark of the March 28, 2018 live stream of the Kansas Senate live stream as they “Call on the Senator from Johnson.”

For those reasons many in the conservative movement have focused more this election cycle on electability over ideological purity.

Presently, the top two Republican contenders are Kris Kobach and First District Congressman Roger Marshall. A third, Bob Hamilton, the owner of a local plumbing concern must be considered to be an influencing factor owing to over three and a half million dollars Hamilton loaned his campaign. 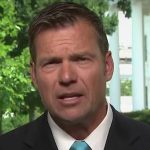 To some, Kobach is the ideological favorite, but credible concerns exist about his electability. While an excellent speaker, Kobach’s history suggests both an inability to raise money (except for Democrats) and organizational incompetence. Kobach’s stints as Chair of the Kansas Republican Party and Secretary of State were disappointing and a suit in federal court was so embarrassing that U.S. District Court Judge Julie Robinson declared Kobach in contempt of court and, in addition to the fine, demanded that he take an additional six hours of Continuing Education courses.

Kobach won a primary race for governor against Jeff Colyer but lost a very winnable race to Laura Kelly for governor based on pathetic fundraising and poor organization, embarrassing President Trump in the process. Kobach picked wealthy Wink Hartman as his running mate and even with the strong support of the President’s family, Kobach still fell short. Critics point out that there is no Lt. Senator to be a sugar daddy for his Senate campaign and others suggest that Trump has kicked him to the curb. Attempts to blame the electorate for not electing him smack of an effete affirmative action that elects candidates based solely on their ideological purity instead of their ability to put together a solid campaign are unbefitting a Republican candidate.

Kobach’s current campaign has been outraised by a factor of almost 10 -1 by Bollier amid continuing indications of disarray among campaign staff. His initial filing even misspelled his name. That incident was followed by Kobach firing a campaign employee for making racist and anti-Semitic comments online. Kobach is not racist nor is he anti-Semitic. He has gone on at least one mission trip to Africa and in all the time I’ve known him I have never heard him utter anything that would suggest any racial or religious animosity whatsoever. That said, the incident is already being used in ads against him and you can bet that it will play a major role in the campaign should he win the primary.

The Dr. will see you now: Roger Marshall

Congressman and doctor Roger Marshall came to office by defeating incumbent conservative Tim Huelskamp. While pro-life, Marshall is not the ideological favorite among some conservatives. 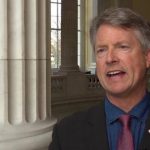 Marshall is in many ways the direct opposite of Kobach. Where Kobach fails to raise money, Marshall has raised the most of any Republican (exclusive of personal loans). Where Kobach’s campaign flounders amid disorganization, Marshall’s campaign seems tight and efficient. Unlike Kobach, Marshall isn’t showy, but then again he doesn’t raise many hackles in the controversy department either. In addition, the Democrats will tout Bollier’s faded medical credentials. Marshall is still a practicing physician who has volunteered treating Covid patients. Bottom line, Marshall would have a wider audience in the general election and only the deluded would think Kobach would be the stronger candidate in the fall.

Even conservatives (including this author) and organizations like Kansans For Life have had to look past ideological preferences in the face of pragmatic reality given the polls and fund raising results. In a snub to Kobach, Kansans For Life endorsed Marshall even as they gave a blanket endorsement to all of the candidates running for the 3rd District Congressional seat on the Republican side.

The Democrats openly admit that they want to run against Kobach and are running ads more supportive of his candidacy, leading to complaints of foul play from Republicans.

Probably the only thing Bob Hamilton’s millions will buy him is the role as spoiler. The question is from whom will he take away the 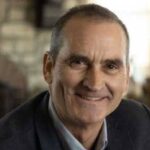 most votes? Hamilton campaigns as a strong supporter of the president and asserts conservative principles, but Metro Voice has previously reported on social media posts by Hamilton that suggest he may be a closet Democrat.

In the few appearances with the other candidates, Hamilton has not performed well and appeared uninformed on key issues. Since then he has avoided direct confrontations in favor of letting his money talk in TV commercials. Thus far he has already gone through $2.7 million of the $3.6 million he assembled. It will be interesting to see what effect he and former Johnson County Commissioner Dave Lindstrom (who inexplicably stayed in the race) will have in the outcome on August 4.

Regardless of who wins the primary, if the eventual winner is not competitive financially with Bollier, the results could be devastating in both the short and long term for Kansas Conservatives. This is a redistricting year in the legislature and if the Republican candidate for Senate does not force Bollier to spend the money raised for her campaign specifically on that campaign it can be used in a variety of ways to help down ballot Democrats win seats in the legislature and other important local races.

Previous: Our Church Votes initiative seeks participation in this year’s elections
Next: Riots and Protests: What America can learn from Israel: Q&A with David Rubin