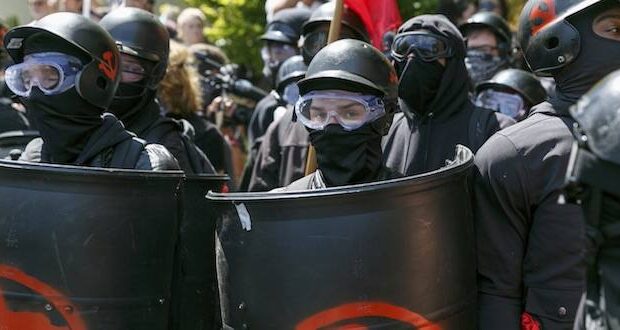 Israeli David Rubin knows something about the personal cost of terrorism. It touched his family in a horrific way.

Rubin is the former Mayor of Shiloh, Israel and was with his then three-year-old son when they were viciously attacked and wounded by Palestinian terrorists. The experience of seeing his young child deal with the emotions, fears and wounds led him to found the Shiloh Israel Children’s Fund. 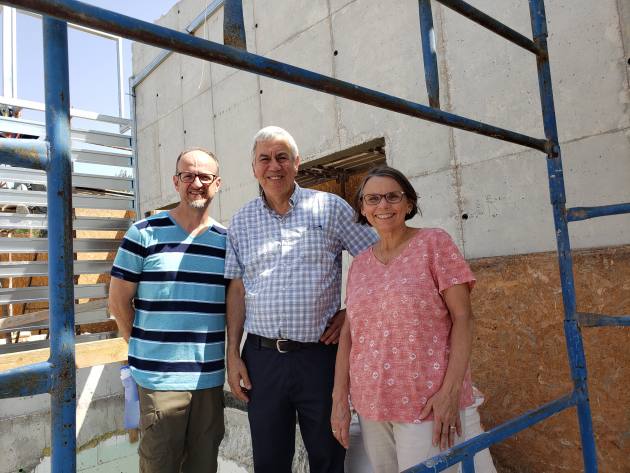 In September, 2019, Dwight and Anita Widaman met with David Rubin, former mayor of Shiloh, Israel and founder and president of Shiloh Israel Children’s Fund where they toured new construction. The organization is dedicated to healing the trauma of child victims of terrorist attacks.

His experience is shared by countless families across Israel. The tiny nation regularly deals with protests and anarchists whose goal is to destroy the country. The official stance of the Palestinian Authority is that Israel must be dissolved through a peace treaty or by force. Palestinian leaders regularly encourage protests in which calls are heard for all Jews to be  exterminated “from the Jordan to the sea.”

We met with Rubin during a trip to Israel and toured the school built to educate and heal child victims of terrorism. Ten months later, Rubin is still sounding an alarm to a sleepy American public, politicians and media.

The current Antifa anarchist riots and the protests to defund America’s police departments are being watched closely around the world, even in Israel.

Rubin is also watching and seeing the tell-tell signs. What do Portland Protestors have in common with Palestinian Terrorists? Everything according to Rubin. The worse thing American leaders can do is to cave-in to the demands of protestors he shares in the following interview.

MV: Why do you believe there  is virtually no difference between the Portland protestors and Palestinian terrorists?

Rubin: Same tactics, different country. The Palestinian schools teach geography where Israel does not even appear on the map. Expect the same thing from the protestors who brought you CHAZ. First, the national anthem, then the flag, then the map.

MV: Can the U.S. movement expand beyond the few blocks of the CHOP zone?

Rubin: Today a few city blocks, tomorrow a mile, then from sea to shining sea. Their vision is long-term. When Palestinians do their so-called peaceful protests, they shout out the Arabic words, “Itbach Al Yahud”, but they don’t say that in English. Do you know what that means? It means “Kill the Jews.” Your domestic terrorists in Portland, Seattle and elsewhere may not often publicly call for the destruction of the United States of America in front of the cameras, but their doctrine does. Don’t be naïve because naivete brings destruction!

MV: How do you respond to Palestinians claims they are the “indigenous people” whose country was stolen from them to justify wanting a part of modern-day Israel?

Rubin: They want all of modern-day Israel, but they never had a country here and we did. But that doesn’t mean they won’t use violence and lies to achieve their goals. Your domestic terrorists may today be shouting “Kill the police”, but it is only the beginning. The threats will become stronger and the demands will become greater. That is what happened in Israel and it all started escalating after we tried to appease the terrorists.

MV: Appeasement? What would appeasement look like in dealing with the protestors here in the United States?

Rubin: Giving in one inch is appeasement. Don’t give the first inch. The more you give, the more they’ll demand. Appeasement weakens the appeaser and emboldens the domestic terrorists.

MV: Liberal politicians say it is too much to call Antifa and rioters domestic “terrorists.”

Rubin: Not at all. The demonstrators are breaking laws, calling to dismantle police departments and many are even claiming portions of your country as their sovereign land. They use terror techniques to attain their goals and they use, to borrow a Marxist term, ‘useful idiots’ in mass media to ‘legitimize’ their demands. It’s the same here in Israel. When the Arabs who live in the Land of Israel started calling themselves Palestinians, claiming rights to Israeli land, many people didn’t take them seriously. But they were dead serious. They formed terrorist organizations like Hamas to achieve political goals through violence. I know this from personal experience. My then three-year-old son and I were wounded in a terror shooting attack. And anyone hit by a brick or a Molotov cocktail, or getting a taser flashed in their eye, they are victims of terrorism—domestic terrorism but terrorism, nonetheless. But it’s more than just terrorism. It is nothing short of an armed insurrection.

MV: But an insurrection is an attempt to overthrow an existing government.

Rubin: Yes. Antifa and Black Lives Matter are very active spearheading so-called protests and it can be easily understood in their doctrine on websites and elsewhere that their goal is nothing less than the violent overthrow of the American Democratic system of government. They want to do to the United States what Hamas wants to do to Israel. They just have fewer guns and no missiles–yet. They also want to destroy the capitalist free market economy and that, in addition to blatant lawlessness, is what the looting is all about.

MV: The protests, turned riots and looting, that scorched the major American cities in recent months have left many Americans reeling and confused. After all, didn’t this start as a noble struggle against racism?

Rubin: Yes. U.S. domestic terrorists play the race card and do it well. Terrorists are not peaceful. They are never satisfied until they have acquired everything.

Rubin is the author of the book, “Trump and the Jews” and five other books. He can be contacted through www.DavidRubinIsrael.com or at http://www.ShilohIsraelChildren.org