Home / News / Culture Watch / ‘When I was a woman, I wasn’t free.’ Man now regrets gender re-assignment surgery, warns others 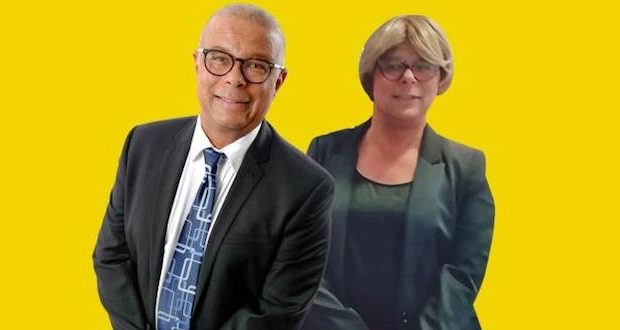 Peter Benjamin, pictured here today with his previous self as a woman, regrets his surgery and now warns others about the dangers.

‘When I was a woman, I wasn’t free.’ Man now regrets gender re-assignment surgery, warns others

A Christian man is calling for more caution from medical and mental health services after undergoing irreversible gender re-assignment surgery, which he now bitterly regrets.

His story represents a stark warning to parents, government and medical and educational services at a time when figures released by the Britain’s National Health Service (NHS) reveal a 2,500% increase in referrals to gender identity clinics over the past decade.

Peter Benjamin, now 60, who served in the British Army from the age of 16-20, underwent surgery to remove his genitalia and ‘become a woman’ in September 2015 at a private hospital in London. For many years he had suffered from addiction to cross-dressing and alcohol, leading to depression and suicidal thoughts. Married three times, his first wife mistook his addiction for homosexuality, and his second wife encouraged him, even joining him to shop for 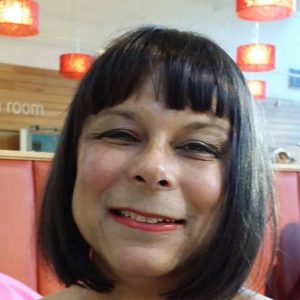 Peter pictured when he identified as “Victoria.” He had his male genitals surgically removed, leading to suicidal thoughts.

women’s clothes. In 2005 he married his third wife, whom he credits with bringing his life back on track, but in the wake of losing her to cancer in 2011, overwhelmed by grief, he decided that he wanted to become a woman ‘full-time’ and begin identifying as ‘Victoria.’

Desperate to speed up the process of changing gender, he became addicted to purchasing unregulated online hormones and began attending a transgender support group. In 2012, Mr Benjamin approached his GP in a highly vulnerable state, declaring that he wanted to become a woman. Told to ‘live as a woman for a month first’, he was then referred to a consultant psychiatrist at Southern Health NHS Foundation Trust.

Told he had no underlying medical condition

After an appointment with a psychiatrist at the hospital lasting no longer than an hour, Mr Benjamin was told, despite the evidence of suicidal thoughts and mental health issues on his medical records, that he had ‘no underlying medical condition’ and was automatically put on a private waiting list for a gender identity clinic in London.

At the clinic he paid £300 for a one-hour appointment with a doctor once voted one of the most influential LGBT people in the UK. Mr Benjamin also saw an endocrinologist at the clinic, who prescribed him with oestrogen tablets and decapytyle injections, which began the physically painful process of shrinking his testicles and lowering his testosterone levels, leading to muscle reduction across his body.

Government paid for the operation

Mr Benjamin was then seen by another psychiatrist at the clinic who referred him to have full gender reassignment surgery on the NHS. In 2015, the NHS then paid the £10,000 fee to fast-track Mr Benjamin’s gender reassignment operation to a private clinic, rather than be fined a bigger sum for his waiting time going over the 18-week threshold. Mr Benjamin was referred to a private clinic in London, and in September 2015 had the labiaplasty operation to remove his genitalia.

Mr Benjamin said: “I never thought cross-dressing would lead me to having an operation to become a woman. I had addictions, I was drinking heavily, and I was having suicidal thoughts, but at every appointment, whether with the NHS, privately, or at transgender support groups, I was encouraged to carry on the path to gender reassignment surgery and to become ‘Victoria’. There was no caution or restraint, I was simply told, for example: ‘Yes, you are definitely transgender, I’m prescribing you hormones.’ It cost the NHS and myself thousands of pounds for me to go through this process.”

“Now I have freedom”

Mr Benjamin also said: “When I had the operation, at first I was euphoric as I felt I could finally escape my depressed self. But very soon, alone in my flat with my dresses, I felt only deeper regret and unhappiness. Some mornings I would wake up and think: ‘Fantastic I can go and put on these amazing clothes and be a woman,’ but in reality I was thinking: ‘There is something wrong, this isn’t right for me, but it’s too late, I’ve changed everything, it’s too late.’”

In 2017, post-operation with no follow-up psychiatry, drinking heavily and finding the female company that he craved to be evaporating, Mr Benjamin had a nervous breakdown. At rock bottom, he turned to a local church for support, became a Bible-believing Christian and on April 19 2019, Good Friday, decided that he was no longer going to be ‘Victoria’, threw out all his dresses and wigs and decided he would be Pete again.

Fears for transgender agenda in schools

Mr Benjamin’s fascination with cross-dressing, which led to his addiction, began as a ten-year-old boy, when he was taken to a drag queen show at a cabaret club while on holiday with his family.

“Today when I see and hear of books being read to children in schools such as ‘10,000 Dresses’, he says, “I see the same influence that led me to this harmful addiction. More must be done to protect our children, not to encourage them to pursue the same destructive path that I have had. Children are impressionable, the government can’t see what harm they are doing, and I appeal to them and the Department for Education to halt this influence in schools now.

“Parents are now openly allowing their children to be exposed to the transgender agenda as they think if they don’t allow it, their children will be depressed or become mentally ill. It’s not true. When I was 5 or 6, I had no thought of becoming a girl. It wasn’t until I was exposed to men in dresses at cabaret shows that my mind went that way. My message from my experience is that the transgender life, even surgery itself, did not solve my problem and led me to misery, suicidal thoughts and depression”

Time for the truth, before it’s too late

Andrea Williams, Chief Executive of the Christian Legal Centre, said: “It is tragic that such a vulnerable man was given a life-changing, irreversible and ultimately devastating operation without his profound mental health issues being addressed properly.

“His experience represents a deep and disturbing warning for our society as it is told that the answer to deep rooted gender identity confusion is hormone prescription and radical surgery.

“What Peter has been though is catastrophic. Just imagine what we are doing to our young children when we follow the same medical path.

“People who suffer from gender identity confusion must be treated tenderly, but as a society we must also speak the truth before we see many more tragic cases. Even if external appearances can change, the reality is that physiologically men cannot become women nor can women become men.

“Yet for Peter, despite his depression, anxiety and irreversible physical harm, his story is one of hope. Out of his despair he has found his identity through his faith in Jesus Christ, and the friendship he has found in his local Christian community.”