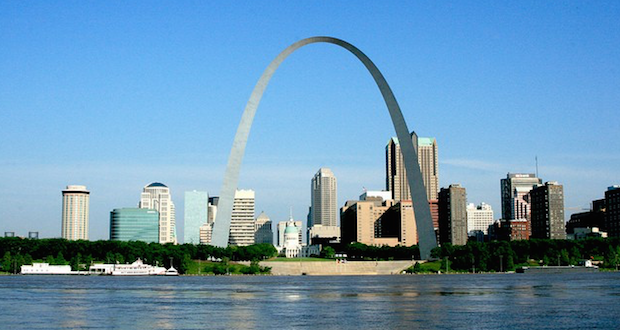 Despite rioting and protester demands it change its name, there are no plans to rename St. Louis.

“You won’t be changing the name St. Louis, will you?” Trump asked Missouri Gov. Mike Parson at a White House event on reopening schools during the coronavirus pandemic, “The New York Post” reported.

“No, we will not be doing that,” the Republican governor replied.

St. Louis is named for French King Louis IX, who died in 1270 while on a crusade. An effort to rename the city, promoted by the groups Black Lives Matter and Antifa, notes that while Louis IX is recognized by the Roman Catholic Church as a saint, he also tried to stamp out Islam’s encroachment on Europe during his 44-year reign. In addition, as was common during that time, the king ordered the destruction of copies of the Jewish Talmud. On the other hand, King Louis is said to have also worked to end Muslim slave trade of Jews and Africans.

Almost 1,000 people have signed a petition on Change.org calling for a new city name and for a statue of Louis IX to be removed. The petition seeks to build on recent momentum associated with anti-police brutality protests, which resulted in the removal of many Confederate and colonial statues. Trump has strongly opposed the vigilante toppling of monuments.

St. Louis once was the eighth-largest US city but has lost almost two-thirds of its population since 1950 and subsequent decades of Democrat policies in the metropolis. The St. Louis suburb of Ferguson in 2014 was the site of civil unrest in response to the death of Michael Brown in an altercation with police.

The name-change petition says Louis IX “was a rabid anti-Semite who spearheaded many persecutions against the Jewish people. Centuries later Nazi Germany gained inspiration and ideas from Louis IX as they embarked on a campaign of murderous genocide against the Jewish people. Louis IX was also vehemently Islamophobic and led a murderous crusade against Muslims which ultimately cost him his life.”

The petition says, “St. Louis has a large and vibrant Jewish and Muslim community and it’s an outright disrespect for those who are part of these faith communities to have to live in a city named after a man committed to the murder of their co-religionists.”

Most of Missouri’s Jewish community resides in the St. Louis metro and does not support the name change effort.