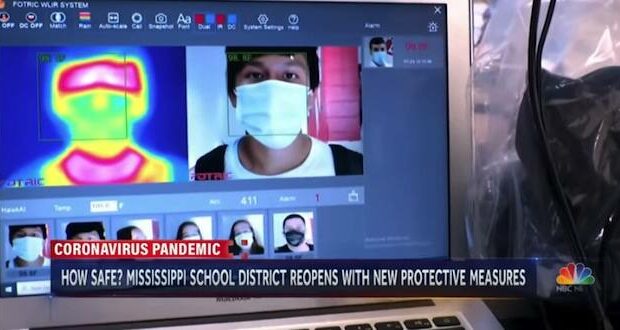 President Joe Biden’s promise to completely reopen schools during the first 100 days of his presidency has been considerably scaled back. The new plan is to reopen more than half of schools nationwide for “some teaching” in person “at least one day a week” during that time, White House Press Secretary Jen Psaki said Tuesday.

The scale-back comes even after the new CDC leadership put in place by Biden says schools should be fully functioning.

The administration last week said that the head of the CDC was speaking in a “personal capacity” when she appeared at an official daily briefing and said schools should now be open. Her comments are backed up by data from K-12 schools that reopened for in-person instruction in the fall showing little evidence that schools contributed meaningfully to the spread of COVID-19. That data was in an article published in JAMA, the journal of the American Medical Association.

The overview from the Centers for Disease Control and Prevention, authored by three of its scientists, represents the clearest view yet of the facts behind what has become a heated debate over when and how schools should reopen. The Trump administration had contended for the last seven months that schools should be open.

Now, the Biden Administration has taken a hands-off approach to school reopening after vowing during his campaign that he would see schools resume in-person classes if elected. Biden had said earlier that all schools should reopen then scaled back in December saying he aimed to ensure “a majority of our schools” are open within 100 days.

“His goal that he set is to have the majority of schools — so, more than 50 percent — open by day 100 of his presidency. And that means some teaching in classrooms. So, at least one day a week,” Psaki said. “Hopefully, it’s more. And obviously, it is as much as is safe in each school and local district.”

She asserted that the Biden Administration is waiting for official guidance on school reopenings to be released by the Centers for Disease Control and Prevention. After saying they should reopen, the agency’s director said on Feb. 5 that it will be released in the coming week.

“Our focus really, at this point in time, is waiting for the CDC guidelines to come out and give schools across the country, school districts across the country the first medical and scientific recommendations and guidelines that have been given from the federal level,” Psaki said. “And obviously, once those are put out publicly and concluded, we will look for ways to work with states to ensure that schools are getting the resources they need.”

Officials recently said Congress must pass Biden’s $1.9 trillion relief plan, which includes $130 billion “to support schools in safely reopening,” for more schools to reopen. Research both inside and outside the United States shows “little evidence that schools have contributed meaningfully to increased community transmission,” the officials said.

The majority of school districts are currently open across the country and have not seen any connection to Covid rates. Consequently, the $130 billion sought by Democrats to reopen schools will be funneled primarily to Democrat strongholds such as New York, Chicago, San Francisco and Philadelphia.