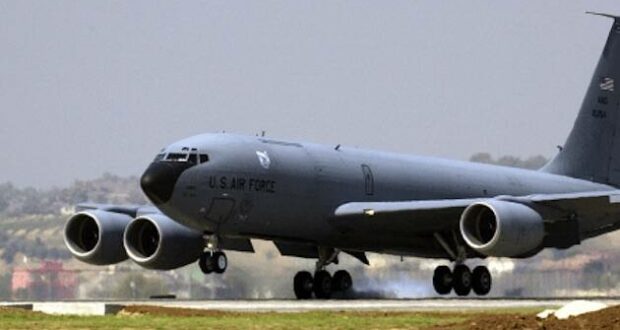 President Joe Biden has won praise from Armenian groups who have long sought the U.S. to declare actions by the Ottoman Empire-the predecessor to Turkey in the early 20th century–as genocide. But the President could also have unilaterally begun the breakup of NATO.

The foreign minister of Turkey summoned the U.S. ambassador in Ankara on Saturday to protest Biden’s decision to designate as genocide the treatment of Armenians by the Ottoman Empire. Turkey, an important NATO ally since the early 1950s has, in the past, indicated there would be serious consequences to NATO should the U.S. meddle in its history. Turkey currently houses between 60 and 70 American nuclear ballistic missiles and thousands of American troops.

“The statement does not have legal ground in terms of international law and has hurt the Turkish people, opening a wound that’s hard to fix in our relations,” the Turkish foreign ministry said.

Earlier on Saturday, Biden recognized the killing of an estimated 1.5 million Ottoman Armenians beginning in 1915 as genocide.

“We see that pain. We affirm the history. We do this not to cast blame but to ensure that what happened is never repeated,” Biden said in a statement, which did not include any references to Turkey.

Biden released the statement on April 24, the anniversary of the day in 1915 when Ottoman authorities Armenian intellectuals and community leaders in Constantinople.

Biden’s statement prompted statements of condemnation from Turkish officials. Turkish President Recep Tayyip Erdogan has not yet addressed the issue.

Turkey rejects the use of the word “genocide,” saying both Turks and Armenians were killed in the World War I-era fighting and has called for a joint history commission to investigate. American presidents have avoided using the word “genocide” for years.

The announcement comes as Turkish-American relations suffer from a host of issues. The United States has sanctioned Turkish defense officials and kicked Turkey out of a fighter jet program after the NATO member bought the Russian-made S400 defense system.

Ankara is frustrated by Washington’s support of Syrian Kurdish fighters linked to an insurgency that Turkey has fought for decades. Turkey has also demanded the extradition of Fethullah Gulen, a Turkish cleric accused of orchestrating a bloody coup attempt against Erdogan’s government in 2016. Gulen lives in the United States and denies involvement.

Erdogan and Biden spoke on the phone Friday for the first time since the 2020 election.

President Donal Trump, like presidents before him, had avoided weighing in on the matter as Washington attempted to prevent closer ties between Ankara and Moscow. Russia’s interference in the Middle East had been growing, particularly in Syria, and Trump continued a policy of carrot and stick with Turkey for the benefit of peace. In a 2019 statement after the US Senate passed a resolution condemning Turkey, Trump on the anniversary of the killings paid tribute to the victims of “one of the worst mass atrocities of the 20th century”, but he did not use the word genocide. Instead, he encouraged Armenians and Turks to “acknowledge and reckon with their painful history”.

If Turkey retaliates by either leaving NATO, and thus forcing the removal of American armed nuclear forces from the region which serve as a counter to Russian and Chinese missiles, Biden will have succeeded in breaking up NATO. That’s something he and Democrats had alleged Trump would do during his four years in office.

The Biden administration has yet to officially declare the treatment of the Uighur Chinese minority as genocide.

Here are the U.S. Forces currently stationed in Turkey: