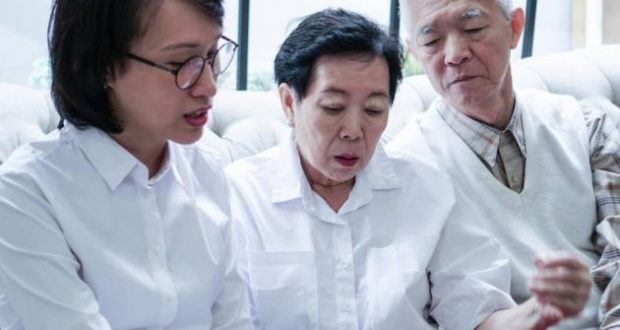 In a sermon, the pastor of the Hawaiian megachurch shared an experience he had on a trip to China, where the church went to train leaders.

On that particular trip, he brought up twenty-two Christians from the Hunan Province, who rode thirteen hours on a train to attend the leadership training.

They sat in a 700 square foot hotel room, with no air conditioning, or couches to sit on, with Cordeiro leading the gathering.

“If we get caught what will happen to me?” Cordeiro began by asking.

“Well you will get deported in 24 hours, and we will go to prison for three years,” the Chinese Christians responded.

He followed up by asking how many had spent time in prison, and out of the twenty-two, eighteen shared that they had been imprisoned for their faith.

The 22 that had gathered came from the mountainous province in southern China, yet amongst themselves oversaw 22 million people in China.

METRO VOICE: Why Chinese communists are afraid of Jesus

“We forget that there are 1.3 billion people in China,” Cordeiro added.

He shared that shortly after they began their lesson, in 2 Peter. He only had fifteen Bibles so seven people went without.

“I said turn to 2 Peter 1, we are going to read it. Just then one lady handed hers to the person next to her, and I thought ‘hmm interesting,’” he shared.

Once they began reading, he quickly realized why she had given her Bible away – she had memorized the whole book.

“When it was done, I went over to her at a break and said ‘you recited the whole chapter.’”

“In prison… you have much time in prison,” she responded

“Don’t they confiscate the Bible?” he asked.

She shared while they indeed confiscate any Christian material, people smuggle in scripture written on paper and hide it from the prison guards.

“That’s why we memorize it as fast as we can because even though they can take the paper away, they can’t take what’s hidden in your heart,” she shared with him.

After the 3-day study was complete, he asked the Christians from the Hunan Providence how he could pray for them.

“Could you pray that one day we could just be like you?” One man asked, referencing the ability to worship as desired in America.

“When they asked him why not, he explained: “You guys rode a train thirteen hours to get here, in my country, if you have to drive more than an hour, people won’t come.”

“In my country, we have an average of 2 bibles per family, we don’t read any of them. You hardly have any bibles and you memorize them from pieces of paper.”

“I will not pray that you become like us, but I will pray that we become just like you,” he concluded.
–Lindsay Elizabeth