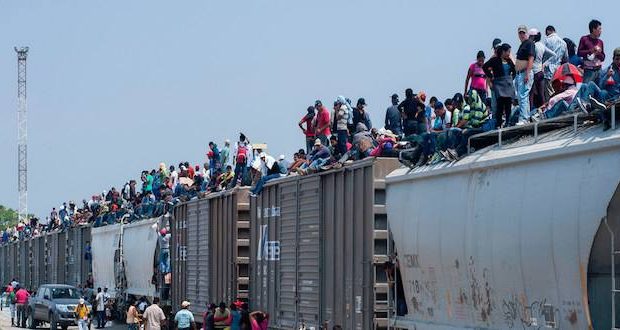 The Trump administration has announced a proposal to temporarily reduce the ceiling for refugee resettlement to a record low of 18,000. The move is seen as a way to speed up the processing of refugee applications of the one million individuals who have illegally crossed the nation’s southern border.

But while the U.S. is dealing with that 1 million people currently being processed, the reduction in the official ceiling still has some Christian advocacy and humanitarian groups outraged.

On Thursday the White House released the details laying out the proposal which would, if approved, go into effect for fiscal year Oct. 1 – Sept. 30, 2020. It would be the lowest number since the ceiling was initiated in 1980 under President Jimmy Carter but just shy of the previous record low in 2002.

“This proposed ceiling takes into account the ongoing security and humanitarian crisis on our border and the massive asylum backlog, which now includes nearly one million individuals,” read the fact sheet in part.

“The overwhelming backlog is completely unsustainable and needs to be addressed before we accept large numbers of refugees.”

The news has garnered opposition from many religious and political groups, including the Christian humanitarian group World Relief with some asking where those groups were in the debate over the southern border.

“We are heartbroken by the devastating ripple effect this drastic reduction in the number of refugees allowed into the U.S. will cause around the world,” stated World Relief CEO Tim Breene.

“If America continues to systematically shutter the program designed to welcome and offer safe haven to human beings made in the image of God, we fear that other countries will continue to follow our example, doing less at a time when the number of refugees in need of protection globally is increasing.”

Breene added that the proposed cut to refugee resettlement “denies safety and freedom to people fleeing religious persecution, war and genocide” and “further dismantles our ability to demonstrate Christ-like hospitality toward the vulnerable.”

But Breene’s comments come as the reality is much different. The Trump administration is currently processing a record number of refugee applications because, many say, organizations like World Relief sided with Democrats in keeping the southern border open which has resulted in the deaths of thousands of migrants illegally making a dangerous 2,000 mile trek north.

Even in light of those hard facts, Susan Henry-Crowe, general secretary for The United Methodist Church’s General Board of Church and Society, continued to denounce the decision in a statement heavy on politics and light on solutions.

“At a time when refugees worldwide are seeking safety and security, the decision to further restrict admissions and encourage discrimination is outrageous,” stated Henry-Crowe.

The statement even went so far as to quote the Bible, stating, “The Bible calls us to show hospitality to strangers and people in need. (Leviticus 19:33-34, Matthew 25:35, Hebrews 13:2) This action is antithetical to that command.”

Observers say there may be other reasons organizations are pushing for a higher ceiling – money. Groups like World Relief, Catholic Charities and others take in hundreds of millions of dollars in Federal grants for refugee resettlement–an average of $5,000 per refugee. If the organization uses less than that amount, they’re allowed to pocket the rest. In the last two years, with a steadily decreasing refugee resettlement ceiling, organizations have been forced to lay off staff and reduce operations–showing that their ministries could not exist without Federal tax money and the funds they are pocketing after each refugee is resettled.

But the numbers don’t tell the entire story and even some Christian media outlets are misleading readers by not putting the numbers in context. The numbers actually admitted under Trump were equal or higher than that under President George W. Bush. Even President Obama capped the number at a rate that was 80% lower than that under his Democrat predecessor Jimmy Carter. In fact, the cap has been trending downward each year since 1980. President Bill Clinton reduced the cap by almost 50% during his presidency. President Obama reduced it 5 out of his 8 years as president.

Secretary of State Mike Pompeo explained in a 2018 speech that the reduced resettlement numbers came because of a “defective” vetting process and backlog of about 800,000 refugees. The Trump administration has lobbied the Democrat-controlled House to fix loopholes to allow faster vetting and more efficient processing. To date, Congress has not acted on those recommendations.