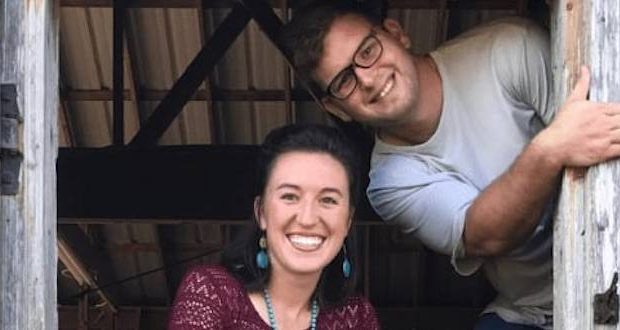 Grant and Ashlee Dew of The Source Church.

Church will give Hummer to one passionate youth group teen

A summer church youth group promotion has caught the attention of a community­–and the area’s teenagers. One lucky student will win a free Hummer at the end of August as part of a giveaway designed to boost youth ministry attendance at a suburban Florida church.

The Source Church in Bradenton will hand over the keys to a 2006 Hummer H3 at the 11 a.m. service Aug. 26 to one high school student. The young man or woman must have proven them selves to be one of the most actively involved students in the church’s Wednesday night youth group services. Plus, they had to invite and keep their classmates involved in the youth outreach. 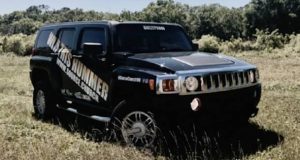 The choice of the winner will be determined by a point-based contest that began this January as a promotion to help grow the high school youth group.

“It is anybody’s game at this point,” Dew explained. “If you are a grinder and you network, it could be yours. The spread really isn’t that far out and if you are incentivized to get out there and do some marketing, you could be right up there in the top five as well.”

Dew, who was hired as the church’s first full-time youth pastor in May, explained that the contest was the idea of church staff and leaders who were looking for a way to do something different to market to their students.

“The whole idea behind it is incentivize them to get in there on Wednesday nights. Really in essence to us, this is just a vehicle,” Dew said. “We know the real investment occurs when kids encounter the Gospel. That is what our main goal is — to do something that hasn’t been done.”Top of Form

Dew said that the funding for the car was donated to the church by prominent individuals and different organizations in the area who were looking for a way to invest in today’s youth to be sure they are “healthy spiritually.”

Along with the Hummer promotion for high school teens, the church is also running a similar giveaway for middle school kids. The promotion has the same point system but instead of a Hummer, the victor will win a ride to see the movie of their choice in a Hummer limo for the student and eight friends.

The result of the promotions, Dew said, has been an increase in exposure with as many as 80 first-time attendees coming on Wednesday nights over the course of six months.

But before Dew came, the program was being run by volunteers and also lacked “vision” and a curriculum. That was until Dew arrived in May. He admitted that the youth ministry has had trouble retaining many of those newcomers the promotion has brought in.

Since joining The Source team, Dew and his wife, Ashlee, have been working to revamp and rebuild the youth ministry.

“We are expecting to see the fruits of that now,” he said. “I am reaching out to those students that did come through.”

Dew isn’t sure if the church will do another car giveaway in the future but suggested that the church would continue to do other similar promotional giveaways.

“Sometimes when you have so much buy-in in an item like this, there are some emotions that get involved. Me being the new guy and trying to revitalize things, I saw a little bit of pushback from the parents who have [argued] that their child has been [in the youth group] for so many months,” Dew said. “I said, ‘Look, I get it but this is not going to be an idol to us. This is a tool.’ It is inevitable that people’s emotions are going to get tied in. That is the only negative aspect I see. From a pastoral point, we have to get that across.”

Sadly, the winner may have to get a job to pay for gas. Hummers built in 2006 only get 14 mpg in city driving. Ouch!

Previous: Dog Days a great date flick but with missed opportunities
Next: How a lesbian union president and Christian aid leader teamed up to get Puerto Rico clean water