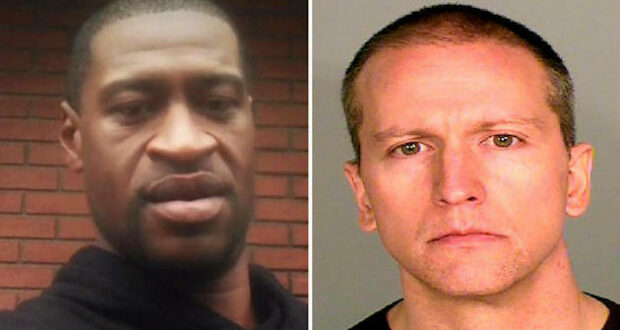 Cities across the nation are still braced for protests Tuesday night even after former police officer Derek Chauvin was convicted in the death of George Floyd.

Chauvin, who worked for the Minneapolis Police Department now faces up to 75 years in prison.

Floyd, 46, died on May 25, 2020, after being restrained by Chauvin and two other officers. Floyd was taken into custody on suspicion of using a counterfeit bill at nearby Cup Foods but refused to be placed into a patrol car.

Floyd was restrained on the ground by Chauvin and the other officers just outside the store that had called police on him.

Video surfaced of Chauvin kneeling on Floyd’s neck and back for nine minutes and 29 seconds. Floyd complained that he couldn’t breathe and eventually stopped breathing. He was rushed by ambulance to a hospital where he was soon pronounced dead.

Floyd’s death sparked protests and riots across the country. More than 1,000 buildings were burned or otherwise damaged in Minneapolis alone during the unrest. Minnesota Gov. Tim Walz declared an emergency on April 19 because of concerns about potential fresh rioting.

During the trial, jurors heard from a series of experts who testified that Floyd died from asphyxia, or lack of oxygen.

Dr. Andrew Baker, Hennepin County medical examiner, concluded that Floyd’s death was a homicide as a result of cardiopulmonary arrest in the context of law enforcement. The fentanyl and methamphetamines detected in Floyd’s body in the autopsy, in addition to his health history, contributed to the death, the medical examiner’s office found.

“It was the stress of that interaction that tipped him over the edge given his underlying heart disease and his toxicological status,” Baker told the court.

Cities across the nation braced for riots and violence overnight. Last year, after Floyd’s death hundreds of people across the nation died as a result of shootings and arson related to the protests. National Guard troops have been called out in several cities.

In Washington, DC, the National Guard said it was activating about 250 personnel to help police with street closures in the city ahead of the verdict.

In New York City, Police Commissioner Dermot Shea told local media last week that his department, which critics said cracked down brutally on protests last spring, had been preparing for the Chauvin trial verdict and doing “a lot of work” engaging with local leaders, clergy and community organizations.

It is not known if the guilty verdict will persuade rioters to stay home.

Previous: Viewers turn off Oscars when actors talk politics
Next: The Chauvin-Floyd trial and the pursuit of justice