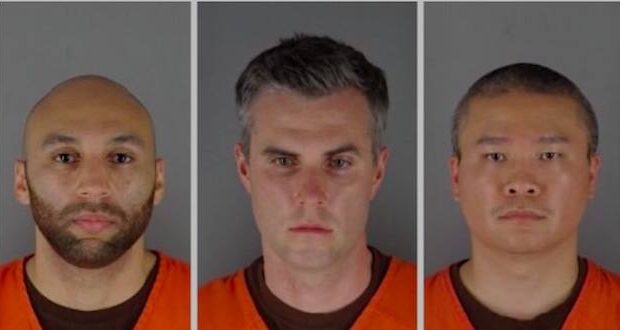 Three additional police officers at the scene of George Floyd‘s death, including one white officer and two minority officers, have been charged and arrested. Officer Derek Chauvin, who knelt on Floyd’s neck killing him, is now facing upgraded charges.

The three remaining officers in the case of George Floyd’s tragic death were taken into custody Wednesday after prosecutors filed charges against them.

Tou Thao, Thomas Lane, and J. Alexander Kueng all face aiding and abetting charges and could spend up to 40 years in prison. The media has not focused on the  minority status of two of the other officers involved in the incident.

Derek Chauvin, the officer who knelt on Floyd’s neck, also had his charges upgraded to second and third-degree murder and manslaughter.

Protestors hailed the news in Minneapolis.

“They need to make an example of these four cops so that other cops will think about doing it again,” said Stephen Jackson, a friend of Floyd’s.

READ: President Trump’s powerful response to the death of Floyd

Meanwhile, in Washington, there was an apparent break between President Trump and Secretary of Defense Mark Esper over the issue of deploying active duty troops to crack down on the violent looting and to prevent the continued murder of innocent individuals.

But Esper has no constitutional authority to prevent a president who also acts as Commander in Chief.

Esper and those decrying the suggestion of using Federal troops to stop rioting have not brought up the history of the actions under a past Democrat President. 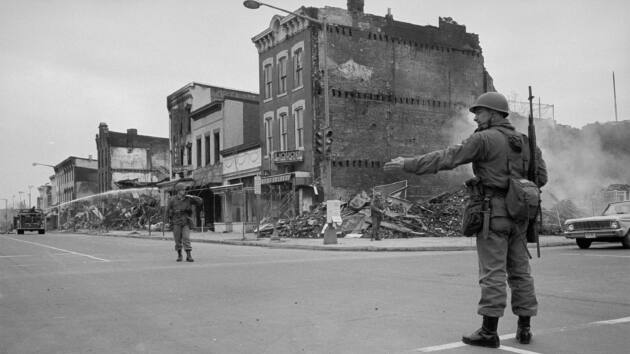 On  April 5, 1968, President Lyndon Johnson deployed over 13,000 U.S. troops to Washington D.C, including 1,750 National Guard troops who joined local police officers to stop looting. The military stayed in the capital for several days after the riots ended on April 6th to discourage a second round of rioting.

“He has the sole authority to invoke the Insurrection Act, and if necessary he will do so to protect American citizens,” she told reporters Wednesday.

After a meeting at the White House, Esper appeared to reverse course.

The head of the Justice Department’s Civil Rights Division says the George Floyd case is a top priority. The DOJ is now deciding whether to proceed with federal charges against the police officer accused in this tragic incident that has led to protests and riots across America.

Across the country, protests continue over the death of George Floyd and those that are violent are taking a toll on small businesses including hundreds of black-owned businesses. Looting and vandalism have dealt a blow to those already crippled by the coronavirus lockdowns.

At the same time, major corporations like Delta Airlines and Amazon are seeing improvements as the economy rebuilds. And the stock market appears to be anticipating a strong recovery as it keeps shooting up, with some indexes approaching their old record highs.

After a quieter night Thursday, the arrests of the additional officers seems to have stemmed the murder of innocent blacks and whites, widespread looting and burning of primarily black-owned businesses that have resulted from rioting.

Previous: How coronavirus has amplified the evolution of technology in business
Next: How you can help find a solution to COVID-19