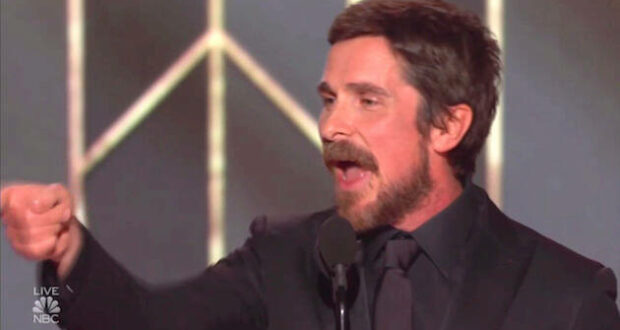 Christian Bale once thanked Satan for his award at the Golden Globes.

In a piece published Sunday, the New York Times writes that viewers of the Academy Awards show turn it off in droves when politics are discussed. The startlingly truthful revelation came from a producer of the Oscars who spoke on the condition of anonymity saying “vast swaths” of people switch channels when liberal actors preach their ideological agenda.

A minute-by-minute post-show ratings analysis showed that “vast swaths” of people simply turned off their TVs once politics came up, the unnamed producer told the Times. In fact, another study finds that the Oscars have lost half of their viewers since 2000. The Golden Globes has also lost viewers as politics takes center stage.

That data is not deterring producers of this weeks Oscars who say they’re giving “more” time for actors to ramble on about social issues. The 93rd Academy Awards show, which airs Sunday, will have even more time according to Reuters story titled, “Oscars show reinvented as a movie — with masks, longer speeches.”

“It’s not going to be like anything that’s been done before,” director Steven Soderbergh, who is producing the show with Stacey Sher and Jesse Collins, shared in a news conference.

Seems obvious that the answer to declining ratings of Oscars telecasts is to make the show longer. Make acceptance speeches longer. And make wearing a mask a central element of all of it. https://t.co/XTTJEuhmx3

Soderbergh said the Oscars this year is being shot more like a movie, with presenters like Harrison Ford, Brad Pitt and Halle Berry “playing themselves, or at least a version of themselves.”

“We want the show to have a voice,” he added.

Instead of limiting winners to 45 seconds, the Hollywood director said they will be “giving them space.”

That will give more time to the likes of Jimmy Kimmel who, at the 2019 Oscars joked, “We don’t make films for money. We make them to upset Mike Pence.”

The length of speeches has already doubled over the last 50 years according to articles published this week in trade magazines. So upset have viewers been with the politics that last year #OscarsSoWoke trended for a week after the program aired.

“We’ve encouraged them to tell a story, and to say something personal,” the director explained.

Sunday’s production will be shot at multiple locations, including the Art Deco Union Station in downtown Los Angeles where a stage is being built. The second location will be the usual home of the Oscars, the Dolby Theatre in Hollywood, the NYT reported. There, attendees will be required to wear masks and practice social distancing if they are not given a pass by California Governor Gavin Newsom or the state’s health director. 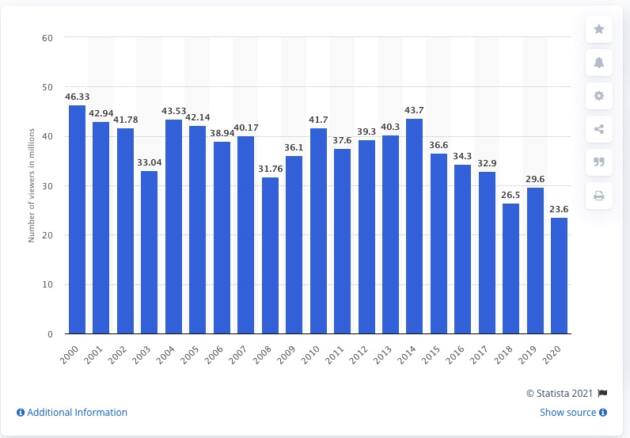 Television critics have long complained about the show’s decidedly leftist tilt over the last few decades. It has resulted in falling ratings because, as one viewer once put it, “I don’t need to be lectured to on a Sunday night by people living in Beverly Hills.”

–Wire services and the Daily Caller

Tagged with: #OscarsSoWoke academy awards host oscars program when is who hosts