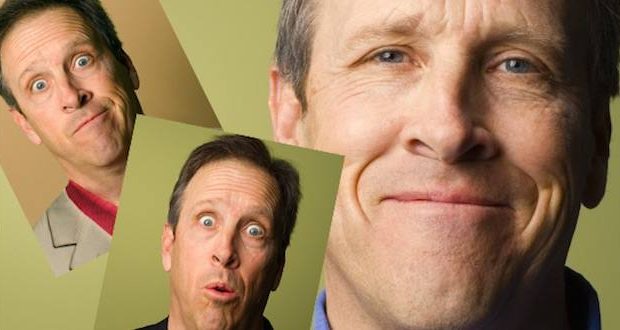 Comedian reveals his journey from atheism to faith in Christ

Comedian Jeff Allen has long been making audiences roar with laughter, but those who have gotten to know the funny man’s personal story have also walked away totally inspired. Allen, who broke into the standup world decades ago, once struggled with drugs and alcohol before leaving that life behind, rejecting atheism and secular worldview and embracing God.

Today, Allen — a fixture on the “Make Comedy Great Again” tour — is well-known for his safe, family-friendly routines. But he was once not so buttoned up but he started cleaning up his language years ago after his son got in trouble at school for cursing.

The comedian, who has starred in “Pure Flix Comedy All-Stars” and “Apostles of Comedy,” realized that his son’s reprimand meant that he, too, needed to come up with a plan to watch what was coming out of his own mouth.

“I started paying [my son] a quarter for every cuss word he heard come out of my mouth,” Allen said, noting that he “got tired of paying him” and eventually decided to watch his mouth.

That was all part of Allen’s journey to cleaning up his act and finding faith — with the latter part of the process taking him seven or eight years to complete. Listen at the 4:50-mark to hear Allen reveal what led him out of atheism and into belief:

“Someone asked me once, ‘What did you do before you had a family?’” Allen said. “And I said, ‘Well, I starved. I basically talked about alcohol and drugs because that was basically what I did.’”

Allen said his problem with alcohol led him to struggle to function in his 20s, recalling how he couldn’t get up for work. 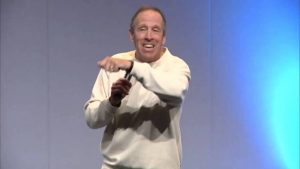 “I had a problem with it since I started. I had blackouts from the minute I started drinking,” he said. “I started at 14 or 15 and by the time I was 20, 21, I knew I was different from my friends.”

By the time he reached 29 or 30, he was seeing a therapist. He told her that drinking ran in his family and she told him, “Well, you’ve seen the movie. That’s where you’re headed.”

That warning inspired Allen to think deeper about how to fix himself, though he still struggled with drugs. Eventually, he started a 12-step program and found himself grappling with the concept of a higher power.

But he soon started to see what a relationship with God did for people and he wanted that for his own life. Eventually, after exhausting self-help ideals, New Age philosophy and Buddhism, Allen finally embraced Christianity.

Now, as a clean comic, he’s inspiring other performers to think deeper about the words they incorporate into their acts.

“I tell young comics today, ‘Get a thesaurus — we have an amazing language,’” Allen said.

He’s now working on the “Make Comedy Great Again” tour, which he said isn’t what you’d expect. While clearly a play on President Donald Trump’s famed, “Make America Great Again” slogan, the tour has nothing at all to do with politics.