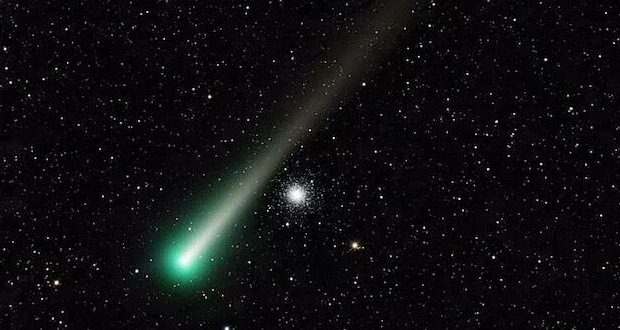 There’s still time to see the year’s brightest comet but look quick! Comet Leonard was first seen near Jupiter in early 2021 and is on its way around the sun.

This ball of frozen gas and dust, with its white oblong core, emits a marvelous greenish glow and a signature comet tail. As it is increasingly warmed by the Sun’s light, the amorphous, fuzzy object sheds its vapor across the solar system like lingering fireworks.

For a few more days the comet’s brightness will ramp up noticeably and may be seen using binoculars, a telescope, or maybe even with the naked eye in the pre-dawn sky. During this period, at around 5:30 a.m., according to Space.com, the comet—cumbersomely dubbed “C/2021 A1 Leonard” or simply “Comet Leonard”—will appear near the horizon in the vicinity of the star Arcturus. 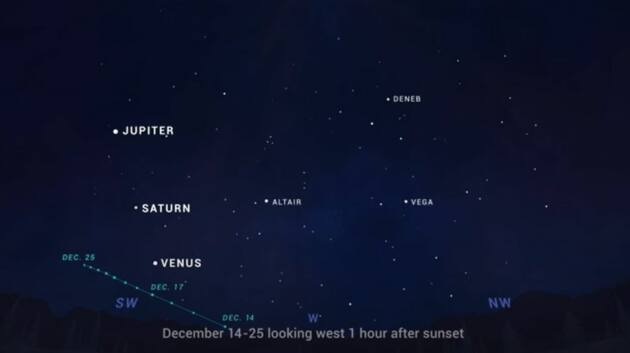 The Discovery of Comet Leonard

“C/2021 A1 Leonard” garnered its unwieldy name from University of Arizona astronomer Greg J. Leonard, who on Jan. 3, 2021, first spotted the dim object. It was barely visible, heading inbound toward the Sun at a breakneck speed of 158,084 miles per hour (254,412 km/h)—a mind-blowing 43.91 miles per second (70.67 km/s), according to EarthSky. That’s fast, but such speeds are minuscule amid the vast celestial backdrop of space, planets, and stars, where distances are measured in millions of miles or light-years.

At that speed, it will came closest to Earth Sunday, Dec. 12. Ordinary 10×50 binoculars from a discount store are the cheapest way to see it. And the comet might be barely detectable with the eye alone, by experienced observers, in dark skies as 2021 draws to a close.

Exactly one year after its initial sighting, Comet Leonard on Jan. 3, 2022 will reach its perihelion (closest distance from the Sun along an elliptical orbit)—though that’s still a span of 57.2 million miles (92 million km). At which point, viewing will be pointless against the Sun’s mighty glare, despite the comet’s then reaching peak brightness. And as quickly as it came, so will C/2021 A1 Leonard swoop around the Sun along its parabola-like path, disappearing into deep space, (probably) never to return.

As for the cause of the comet’s green tinge? NASA explains that the comet’s coma–the nebulous matter surrounding its core, or nucleus–contains a poisonous gas called cyanogen as well as diatomic carbon, both of which glow green when illuminated by sunlight. The green fireworks display also signals that it’s getting more active as it approaches the Sun.

Comets are notoriously unpredictable as to what brightness (magnitude) they will yield. With a forecasted magnitude of +4.3, according to Space.com (within the naked eye limit, which could still increase by orders of magnitudes by mid-December), Comet Leonard hasn’t disappointed stargazers in the least—it’s expected to get better. But don’t miss your chance! Dec. 12 will mark the end of the comet’s morning visibility, returning for a brief encore during evenings from Dec. 15 below the planet Venus.