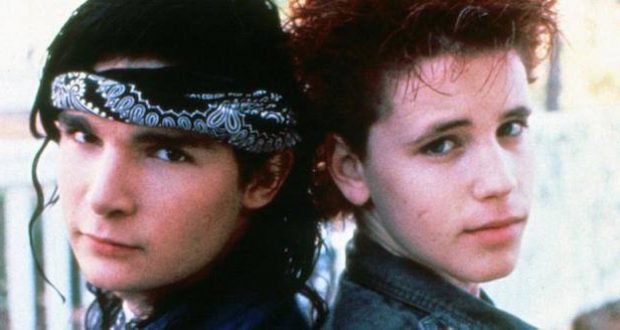 Corey Feldman, left, with the late Corey Haim. Both have claimed being raped as child actors.

Corey Feldman to expose pedophilia in Hollywood with new film

In the debate over the #MeToo movement, the sexual abuse of child actors has been overlooked, or hidden according to some. The issue of pedophilia in Hollywood remains a taboo subject, even as dozens of former child actors have come forward with their own horror stories. The movie industry, they say, is doing everything to to tamp down discussion of the topic.

Now, a  ground-breaking and much-anticipated film by former child actor Corey Feldman is set to blow the lid off the entertainment industry’s best kept secret.

Hollywood insiders say it is a provocative exposé where one-time teen idol Corey Feldman reveals the details of the most “emotionally trying” period of his life. The film, however, isn’t appearing in the usual places. It’s slated to stream only once to viewers.

PEOPLE KEEP ASKING ME….Y ONLY 1 TIME, DONT U WANT EVERY1 2 B ABLE 2 C IT? MY ANSWER IS OF COURSE I WANT A MILLION PPL 2 C IT, ALL WATCHING IT 2GETHER #LIVE FROM ALL OVER THE WORLD! THIS WILL B THE VERY 1ST TIME A FILM AUDIENCE WILL EXPERIENCE A FILM THIS WAY, GLOBALLY! #Kids2

Media outlets report that “(My) Truth: The Rape of 2 Coreys” will air only once and interested viewers across the world will have to watch it at the same time. The documentary will stream live at 10 pm Central, 8 pm on the West Coast, and 11 pm on the Eastern time. Tickets can be purchased at MyTruthDoc.com starting February 22. The website currently shows a movie curtain with no info.

Feldman, his wife Courtney and his family, friends, and colleagues will also be watching the live stream at the time in a private screening.

Feldman said that he is keeping a promise — through the film — to his best friend, late Canadian actor Corey Haim, to reveal to the world about what really happened to the two when they were young actors in Hollywood. Feldman had long promised an exposé of high-profile celebrities in Hollywood who engage in pedophilia and continue to work in the entertainment industry.

Feldman and his wife Courtney Anne Feldman recently shared a video of the release date and detailed how the documentary has been in the works for at least three years. E-tickets will go on sale on February 22. Feldman said an innovative new technology and platform will be used to launch the film.

IN CASE U MISSED IT….PLEASE WATCH SO U CAN FIND OUT HOW U CAN B A PART OF THIS WORLD WIDE LIVE PREMIER EVENT OF #MYTRUTHDOC WHICH WILL B PREMIERING MARCH 9 2020! TIX GO ON SALE 2-22-2020 #Kids2 https://t.co/MZGaOvpg7w

The night of its release marks the eve of the tenth anniversary of Corey Haim’s death. Feldman and Haim were a longtime on-screen duo, appearing in such classic 80s films as The Lost Boys and License to Drive. 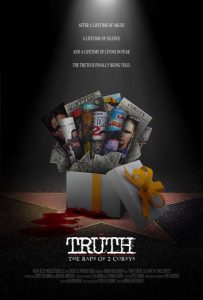 This is the first time ever a movie has been shown in this type of platform, according to Movieweb.com.

Feldman found it difficult to find a distributor for his Truth documentary. Netflix, which, an industry magazine noted, “seems to pick up every wayward release with any interest behind it, declined to stream the movie.” Feldman told an entertainment website that Netflix deemed the movie ‘too dangerous.’ Because of that, he says, Feldman can only afford to stream this one time for the entire world to watch at the exact same moment in history.

In fact, if you Google Corey Feldman Pedophilia, you’ll find it difficult to find any interviews with Feldman on the subject. From his famous 2013 interview with Barbara Walters (in which she charged him with “harming” the “industry”) to other appearances on a number of news shows, most are now banned on YouTube.

But the groundswell of support for exposing Hollywood and its pedophilia problem may overcome those who want to silence it.

Although the pricing of the event has not yet been announced, Feldman said that it will be the same price as an average movie ticket and will range between $15 and $20. No advanced screenings of early reviews of the documentary have been scheduled, as Feldman does not want his narrative and message to be twisted.

It is not yet clear if even a trailer or any footage from the film will be revealed beforehand.

The actor added that he is not attempting to profit from the endeavor and that he nearly did not go through with it. Reports state that Netflix turned down the documentary because they felt that the film’s contents were too dangerous to be associated with.

‘(My) Truth: The Rape of 2 Coreys’ will premiere on March 9 at 10 pm Central. The film releases on the eve of the 10th anniversary of Corey Haim’s death.

Previous: Trump donates salary to opioid treatment
Next: Tim Tebow gets help from Vatican for Night to Shine