Home / Health and Wellness / Coronavirus expected to surge in U.S. in coming weeks 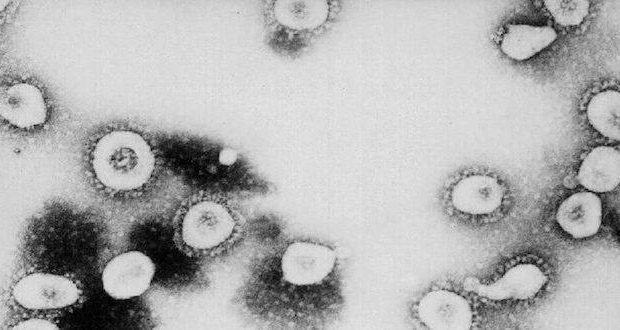 This undated handout photo from the Centers for Disease Control and Prevention (CDC) shows a microscopic view of the Coronavirus at the CDC in Atlanta, Georgia. According to the CDC the virus that causes Severe Acute Respiratory Syndrome (SARS) might be a "previously unrecognized virus from the Coronavirus family."

Coronavirus expected to surge in U.S. in coming weeks

Just days after the U.S. government announced it has designated 10 quarantine centers across the country, leading health experts warned on Feb. 12 that the United States will likely soon see thousands of cases of coronavirus.

Re-named this week to COVID-19, a significant surge in the spread of the virus is expected in the coming weeks.

Speaking at the Senate Homeland Security and Governmental Affairs Committee on Wednesday, Asha George, executive director of the Bipartisan Commission on Biodefense, said that the United States should be preparing ahead for cases of coronavirus in the thousands.

“I don’t think we should be planning for the onesie-twosie cases that we’ve been seeing thus far in the United States,” George said. “We have to plan for the possibility that we have thousands of cases.”

George, one of five panelists, warned Congress of a large scale outbreak nationwide.

The warnings come as the number of people dying daily in China rose to over 250, a doubling in just a day. Asian news outlets have reported that the death toll in China is actually over 24,000 and not the 950 as reported by the Chinese government.

The 14th case of coronavirus was confirmed by the U.S. Centers for Disease Control and Prevention on Wednesday. The individual was one of the Americans evacuated from Wuhan and quarantined in Southern California’s Marine Corps Air Station Miramar in San Diego County on Feb. 7.

Another evacuee at Air Station Miramar tested positive for the virus on Feb. 10.

But Scott Gottlieb, a former Food and Drug Administration commissioner, told the Senate committee that he expects a COVID-19 outbreak to emerge across the United States in the next two to four weeks.

“We should be leaning in very aggressively to try to broaden diagnostic screening right now, particularly in communities where there is a lot of immigration; where these efforts could emerge to identify them early enough; that they’ll be small enough; that we can intervene to prevent more epidemic spread in this country,” he said.

Gottlieb said that despite efforts from U.S. customs officials to suspend travel between the United States and mainland China and Hong Kong, as well as screen those who had returned from Wuhan—the Chinese city at the epicenter of the outbreak—some people infected with COVID-19 would still have entered the United States.

A former director of the Centers for Disease Control and Prevention (CDC), Julie Gerberding, added that the United States can expect more cases among people who did not travel to China but have been infected by those who had visited the region before the travel bans were implemented.

Gottlieb said that it is likely that health screenings in airports missed infected travelers due to the extensive incubation period of the disease.

“Some of the modeling out of the UK suggests that we’re capturing about 25 percent of cases at best. So for every case we identify, there’s three or four that we didn’t identify.”

The initial results from Feb. 9 study by Chinese doctors also found that the incubation for the disease could be as long as 24 days—up from previous projections of two weeks. The results have yet to be corroborated.

Coronavirus Spread Must Be Slowed

Gerberding added that the United States must work to slow down the spread of COVID-19, saying that she is worried about the prospects of successful long-term containment of the disease.

“If we can’t contain it, I think we need to be prepared for what are we going to do to try to slow down the spread,” she told the Senate committee. “Slowing down spread is important, because if we have a lot of cases all at once, we simply don’t have the surge capacity to manage that in our healthcare environment, or in any of the related services that would be necessary.”

In order to slow down the spread, those infected must be identified and isolated in places where they can’t infect others, and isolation materials such as gloves and masks should be readily available, she said.

Another measure to slow down the spread of the virus can involve steering clear of large crowds to prevent person-to-person and droplet transmission of the virus.

Gerberding explained that while these measures alone are not likely to prevent all spread in the community, they can act as an effective barrier until countermeasures are put in place.

WHO director-general, Tedros Adhanom Ghebreyesus, said during a Tuesday news conference that the world must “wake up and consider this enemy virus as public enemy number one,” adding that the first vaccine was most likely 18 months away.