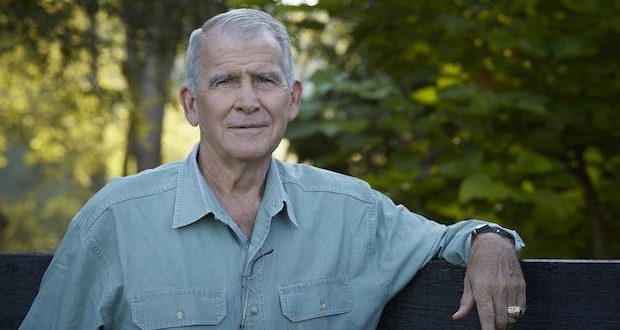 They say history repeats itself. That’s never seemed to be more true, according to a new book by Col. Oliver North who says it puts things in perspective. 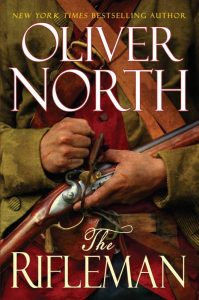 “Our nation’s capital is in the midst of seemingly intractable, destructive, disarray. Opponents of our Commander in Chief have launched intrigues in Congress to remove him from his post. Sound familiar?” asks North. “Spies, traitors, and terrorists abound threatening the lives of those serving in our military. And in the midst of an undeclared war, the issue of whether women should be allowed in a combat zone has become a contentious issue. Some are saying the very form of our government is at risk. You look at that and go, ‘That’s 2019.’ No, that’s actually 1775 in America,” North told CBN News during a recent interview at his Virginia office.

In Times of War

The setting for his latest book, The Rifleman, is 1775 –t he year before America gained independence. North says it’s a war story about heroes, both unsung and popular like George Washington, Patrick Henry, and even Benedict Arnold – before he became a traitor.

READ: History stories you may have missed

“Ultimately in the entire revolution, there are more people who die of smallpox then die from British muskets and artillery and yet we prevail. I mean, if you can’t see the Lord’s hand in that you’re missing something,” North says with his signature smile and wink.

Daniel Morgan is a man most will not recognized but it’s Morgan who inspired North to write the book. The Virginia colonist rounded up a rifle company to meet up with General Washington, marching some 500 miles from Winchester to Boston.

“Washington tells Morgan, take your guys out, have them in position, as the sun comes up aim at the red coats with gold in their epaulets. Those are the officers,” North explains.

It was unconventional warfare that effectively helped America’s volunteer military beat back the British.

“Every one of them could take a rifle like this having been a tracker and a hunter and kill a British red coat at 250 yards or more just like this,” North says as he fires a rifle during a video posted on his Facebook page.

North’s book also details the role preachers played in the revolution. People like Reverend Peter Muhlenberg who’s said to have preached from Ecclesiastes 3, which includes “a time for war and a time for peace.” Muhlenberg gave the impassioned sermon from his Virginia pulpit before dramatically removing his clerical robe to reveal a colonel’s uniform.

“And what’s happening in the American colony is of the Lord’s design. And so the hymns that you see in this book are actually the ones that were being sung in churches all across the colonies that were loyal to the idea of independence and liberty,” North shares.

These churches wanted “a form of government nobody ever thought of having, a government that’s seminal documents begin with the words ‘we the people’ and it’s the only constitution that comes out of this war – it’s the only document, our constitution, that gives homage to God and not some prince or some potentate,” North explains.

For North, like so many who fought in America’s revolution, it is his Christian faith sustains him and keeps him grounded.

“My reinforcement for 25 years in the US Marine Corps was the 23rd Psalm. It lays out exactly what you’re going through and today it’s the 26th Psalm. And the 26th Psalm ends with the words in my translation ‘My feet are on level ground.’ And I tell my young grandkids, I’ve got 18 grandkids. I said you’ve got to keep company with those who have integrity,” he explains.

“Integrity has to be the core part of that loyalty. That’s how I know the good Lord is looking out for me and my feet are on level ground,” North says with a smile.

Metro Voice is an Amazon Affiliate. When you learn more or browse books and movies we write about, you help support our mission of Christian journalism. Thanks for your support!

Previous: Bad Lip Reading and the 2020 NFL season
Next: Coronavirus expected to surge in U.S. in coming weeks