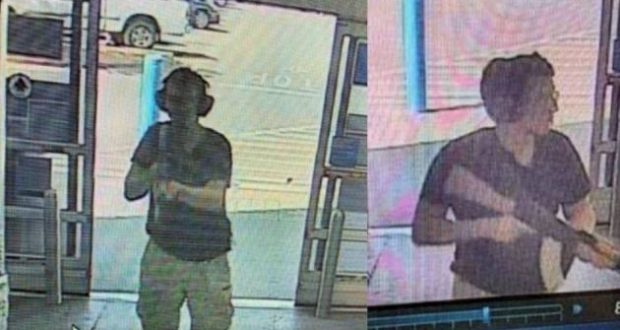 The death toll has risen to 20 people with 26 others wounded in a shooting at an El Paso Walmart.

Law enforcement officials have said a 21-year-old Dallas-area man named Patrick Crusius is in custody in the shooting. The officials were not authorized to discuss an ongoing investigation publicly and spoke to The Associated Press on condition of anonymity. Some early reports said others were involved.

No motive has been established and it is unclear if the shooter was hispanic because of his last name, though media reports are describing it as a hate crime after the suspect’s social media accounts were reviewed. El Paso is a predominantly hispanic area, with recent demographics listing the white population at over 82%.

Police say most of the victims of Saturday’s attack appear to have all been at a Walmart near the Cielo Vista Mall.

“This is just a tragedy that I’m having a hard time getting my arms around,” El Paso Mayor Dee Margo told CNN. Speaking at an event for Democratic presidential candidates in Las Vegas, former Rep. Beto O’Rourke, who represented a district that included El Paso, said the shooting shatters “any illusion that we have that progress is inevitable” on tackling gun violence.

WalMart said in a statement: “We’re in shock over the tragic events at Cielo Vista Mall in El Paso, where store 2201 & club 6502 are located. We’re praying for the victims, the community & our associates, as well as the first responders. We’re working closely with law enforcement & will update as appropriate.”

One witness said he saw at least one person inside the store with a fatal head wound, and he saw shoppers in bloodied clothes.

Other stores at the nearby mall were also locked down as police officers cleared the shopping center in the east of the city, which lies on the southern U.S. border with Mexico.

Video posted on Twitter showed customers at one department store being evacuated with their hands up.

“Hands in the air!” an officer can be heard shouting in the footage.

According to the Simon Property Group, which owns the Cielo Vista Mall, it is El Paso’s “main shopping destination” and “serves the nearby communities of Socorro, Fabens, Ft. Bliss and the International City of Juarez, Mexico,” the company stated.

Stores inside include Dillard’s, an Apple Store, Sephora, Forever 21, and H&M.