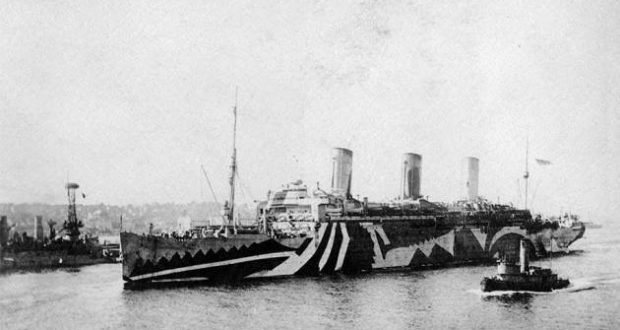 Exhibit examines the armistice and a changed world after WWI

The World War I armistice on Nov. 11, 1918 ended fighting on the Western Front, but the war—and its lasting effects—did not end even with the signing of the Treaty of Paris at Versailles on June 28, 1919.

Men and women still lost their lives either directly from continuing hostilities or from lingering wounds and diseases. The influenza epidemic continued unabated until the summer of 1919. From the dark hostile woods of North Russia to the uneasy peace along the Rhine in occupied Germany, death and the threat of war reigniting continued.

The exhibit opened April 2 and examines the incredibly complex situations found throughout the world in the wake of the first truly global conflict in human history. It runs through May 1.

“World War I is the defining event of the 20th century and beyond,” said National WWI Museum and Memorial Senior Curator Doran Cart. “When we look at the lingering effects of World War I in the immediate aftermath of the armistice and the Treaty of Paris at Versailles, we do not see a tremendous degree of resolution. In fact, the degree of upheaval across the world is arguably just as significant after the war.” 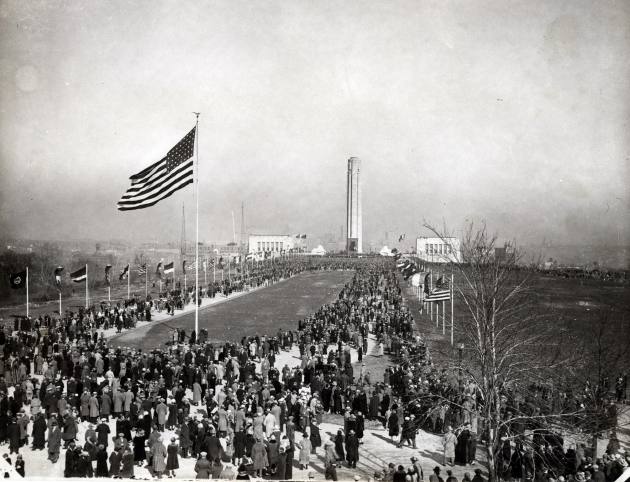 A large crowd gathered for the dedication of the Liberty Memorial on a cold grey day on November 11, 1926. President Calvin Coolidge addressed the crowd.

Global volunteers’ efforts did not cease with the Treaty of Paris at Versailles. Although most fighting was over, relief efforts against famine, agricultural failures, destruction of environments and religious persecution continued. In large areas of Russia, torn by revolutions and civil war, famine and disease required a massive volunteer turnout, again led by Herbert Hoover. U.S. President Woodrow Wilson’s urgent appeals to Americans for help in the Near East grew.

Following the outpouring of joy for the armistice and the triumphant return of the U.S. troops, many African American military veterans and civilians alike found that little had changed and that the fight for equality at home was still many years in the making.

For those world-wide who lost loved ones and comrades in arms, loss was still palpable. Remembrance and memorials could help soothe the pain but could not replace those far from home. For those war service survivors far from home for the first time in their lives, souvenirs provided concrete reminders of what they had seen.

Evelyn Bluecher, an Englishwoman married to a German who lived in Berlin during World War I, offered an insightful statement:

“Not only has the great conflict swept away kingdoms and empires, undone a whole code of civilization and destroyed innumerable forces of ethical and aesthetic value in every country, but it has loosened or torn asunder all those finer ties which bound the members of different countries in friendship and kindly intercourse with each other.”

1919: Peace? is open in Exhibit Hall from Tuesday, April 2, 2019 through Sunday, March 1, 2020 and is included with general admission to the Museum and Memorial.

Previous: New safety measures implemented for Americans traveling abroad
Next: Has Cher had an awakening on illegals? “State can’t take care of it’s own…how can it take care of more?”