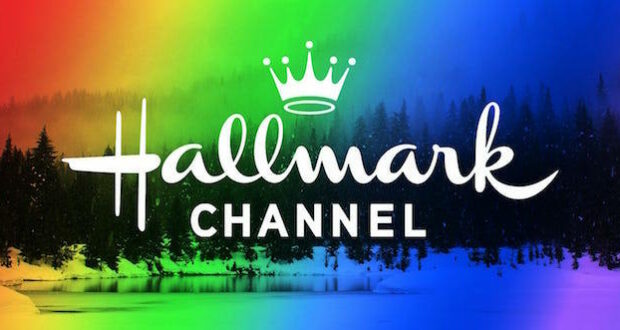 The Hallmark Channel is just one network that has been targeted by the LGBTQ community to add more diverse characters in programming. The company says it is already doing so with that controversial decision further dividing its audience.

Wonya Lucas, the president and CEO of parent company Crown Media Family Networks, made the comments during the winter Television Critics Association meeting, saying the Hallmark Channel is proud of its progress on the issue, “Christian Headlines” reported. This month, the Hallmark Channel debuts “Mix Up in the Mediterranean,” which was billed at the TCA meeting as the first Hallmark movie with a gay lead. The film follows the story of a single man whose brother, a famous chef, is married to another man.

Hallmark’s push to include LGBTQ storylines followed a 2019 controversy over a commercial depicting a same-sex kiss. Hallmark pulled the ad and then reversed course eliciting criticisms on all sides.

Asked about any fallout from controversy, Lucas said, “All I can speak to is where we are today. And really just coming in six months ago and seeing the work that the team had already done and begun, it really did make me proud. What I see, moving forward — and I can speak for myself –- is that we’re gonna continue to lean into that and you’re gonna see more of that. And we welcome all the advertisers who have been supportive of us, and our team’s been supportive, and our parent company is incredibly supportive. So this is who we are.”

Lucas said she is excited about the inclusiveness.

“Before I arrived, we had begun to expand our brand inclusiveness in front of and behind the camera,” she said. “I’m proud of the progress this team is making to expand diversity in our programming, and it is nothing short of seismic. The significant achievements made in the D and I (diversity and inclusion) space in 2020 laid the groundwork for us to branch out in our storytelling to approach the complexity of what it means to love and be a family in a more authentic, varied and inclusive way.

“We will continue to strive to defy common stereotypes and give our characters more depth and dimension; in short, to more broadly represent the human condition. And what a difference a year makes. But believe me, we know there is so much more good work yet to be done.”

Many Christians have a love-hate relationship with the channel. It’s known for considerable family programming, often with biblical themes. But many say it risks losing its base of customers who have few other options to find programing that mirrors their values.

Opponents also say they don’t care if Hallmark represents people from all walks of life in American society, like the LGBTQ community, but don’t want Hallmark to push an agenda on viewers. LGBTQ individuals are already amply represented in broadcast and cable television they say.

One Million Moms, which first petitioned Hallmark back in December of 2019, had started a petition in July 2020 boycotting the network and all Hallmark-related products “as long as Hallmark pushes the LGBTQ agenda.” It had generated over 100,000 signatures, according to news reports.

The petition read, “Family entertainment is not the outlet in which to be politically correct by forcing tolerance and acceptance of homosexuality — a sinful lifestyle that Scripture clearly deems as wrong. You can read so in Romans 1:18-32.”

It went on to state that “Hallmark should also know that if they give-in to the LGBT agenda, the LGBT activists will never be satisfied. They will always want Hallmark to be pushing more and more aberrant views and characters,” it continues.

One social media poster stated that if anything, “Hallmark and other channels should be adding characters positively portraying Christians.”

“That would be a first,” someone replied to the post.

Previous: Schools districts attempt to monitor mental health of students during pandemic
Next: Actor Jim Caviezel calls out America for its great sin of abortion