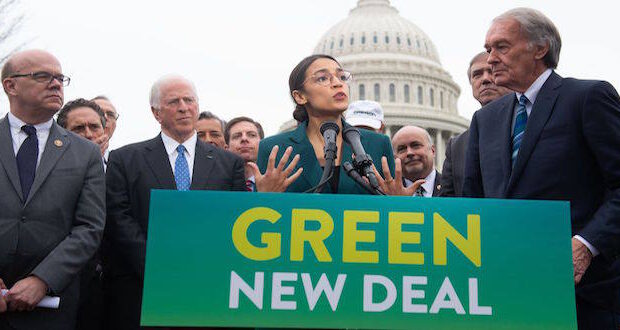 An infrastructure bill put forth by House Democrats funds the Green New Deal.

WASHINGTON—House Democrats introduced on June 18 an extensive plan to rebuild American infrastructure, calling for more than $1.5 trillion in spending in roads, bridges, public transportation, housing, the “Green New Deal”, proposed by Alexandria Ocasio-Cortez, and other projects. A review of the spending finds that most of the money would go to “blue” states and cities.

House Speaker Nancy Pelosi (D-Calif.) touted the bill, called the Moving Forward Act, at a press conference, saying that it would build the infrastructure “in a green and resilient way.”

She said the House would vote on the legislation before a July 4 congressional recess.

The plan includes more than $300 billion of investment in renewing roads and bridges and $100 billion in inner-city buses to zero-emission. It triples the funding for Amtrak to $29 billion, allowing for upgrades and expansion of the rail network in primarily Democrat districts of the Northeast.

The package also includes $100 billion for high-poverty school districts located primarily in Democrat controlled cities. In addition, it addresses the broadband gap in rural America and the housing inequality in urban areas. The Green New Deal calls for free housing.

“It’s job-creating in its essence but it’s also commerce-promoting. So it grows the economy of our country,” Pelosi said. Much of the money, however, will be targeted towards industries whose unions donate hundreds of millions to Democratic campaign coffers in each election cycle. Some call it a back-door donation to Democrat candidates paid for by American taxpayers. 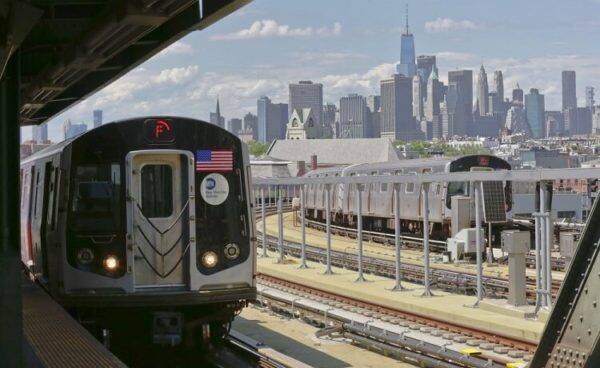 Public transportation in New York and other urban areas would get billions in spending plan.

“This is the application of the principles of the Green New Deal,” House Transportation and Infrastructure Chairman Peter DeFazio (D-Ore.) said during the press conference, responding to the criticisms raised by Republicans who called the bill “Green New Deal 2.0.”

“And this proves that we can both deal with climate change, fossil fuel pollution, and actually create millions of new high-paying American jobs. That is the promise of this legislation,” he added.

To fund the plan, House Ways and Means Chairman Richard Neal (D-Mass.) said they have proposed a combination of government-subsidized bonds, private equity bonds, and “some borrowing.”

“We think that on the revenue side, we’re open to some discussions and negotiations,” he added.

The Trump administration has been pushing the Democrat Congress for an infrastructure bill for three years. The administration’s suggestions were to more evenly divide the money across all states regardless of if they were considered blue or red. The legislation was put on the back burner in lieu of Democrat-led impeachment proceedings which ended with the President being found not guilty after a two-year Mueller report also found no evidence of wrongdoing on the part of the administration.

Previous: Hilarious ‘Selfie Dad’ perfect for Father’s Day weekend
Next: African American pastor calls on black community to do its own “healing work”