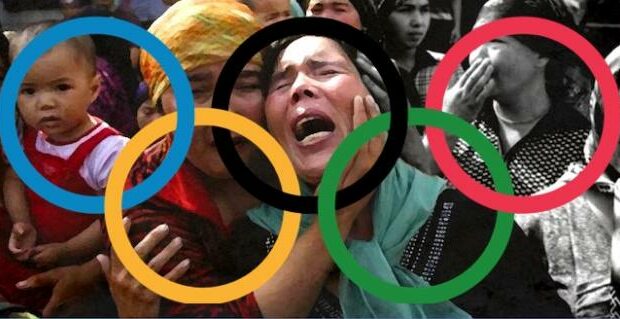 Human rights activists will rally in Washington, D.C., today to try to stop the 2022 Winter Olympics from being held in China. The effort to prevent the Chinese Communist Party from being rewarded for its genocide of minorities of Uyghur and other ethnicities in western China and myriad crimes against humanity against the people of China more generally is being sponsored by the Genocide Games Coalition led by Women’s Rights Without Frontiers, the Committee on the Present Danger: China, Save the Persecuted Christians, and other national NGOs.

Prominent among the participants in the Stop the Genocide Games Rally will be members of the CCP’s Captive Nations — Uyghurs, Kazakhs, Tibetans, Southern Mongolians, Falun Gong, Chinese Christians and Hong Kongers — who will bear witness to and speak about the atrocities committed by the Chinese Communist Party and engage in cultural expression on the part of their respective communities now at risk of utter destruction thanks to decades of brutal Communist oppression and genocide.

The Genocide Games Coalition calls for the Olympics to be moved or boycotted. At GenocideGames.org is a “Leaders & Influencers Letter” signed by 110 dissidents, China experts, civil society leaders and current and former government officials, including Representative Chris Smith, a well-known human rights champion in Congress and honorary co-chair of the International Religious Freedom Summit.

An ongoing petition on the site invites members of the public to join the growing chorus of concerned people in the United States and globally who agree that Communist China should not have the honor of hosting the prestigious international Olympic Games while they are committing genocide against ethnic and religious minorities; hindering investigations into the origins of the Covid-19 virus and its spread to the world at large; violating the international treaty governing the autonomy of Hong Kong; and committing a host of other transnational crimes.

In June another protest took place outside the White House.