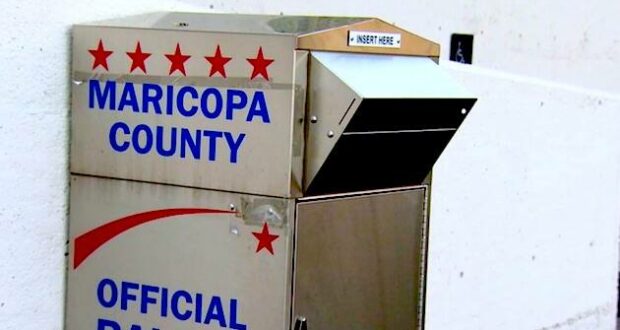 Ballots in Maricopa County, Arizona will be counted a third time after it was revealed Tuesday the first two audits do not match official numbers reported from the 2020 election.

Democrat officials had sued to stop the recounts by Cyber Nijas but now, the recount has moved to the Arizona Senate.

“They haven’t released a number yet,” Fann, a Republican, said during in an interview with KTAR. “However, we do know that those numbers do not match with Maricopa County at this point.”

The Arizona Senate Democrat Caucus has attacked Fann’s remarks, saying in a Twitter post, “This is a lie.”

According to Maricopa County’s official canvass (pdf), there were 2,089,563 ballots cast in its 2020 general election.

Fann’s remarks come as the ballots cast in Arizona’s largest county in the 2020 election were set to be counted for a third time on orders from the state’s Senate.

The ballots submitted in Maricopa County for the presidential contest were tabulated, as normal, by election officials. They were recounted by hand by audit teams hired by the state Senate in a process that was completed late last month.

The Senate was set to conduct its own recount, which will provide a number to compare with those from the county and from the auditors, and focuses on the number of ballots and not the actual votes, unlike the first two tabulations.

Fann previously told the Arizona Republic that the Senate would be using two counting machines that it purchased to complete the count.

Maricopa County officials oppose the audit. The county Board of Supervisors called for it to end in May. County officials announced recently that they would replace all of the election machines afterward because of concerns about the equipment being probed by auditors.

Fann stated in a radio interview that the new count would begin on July 13.