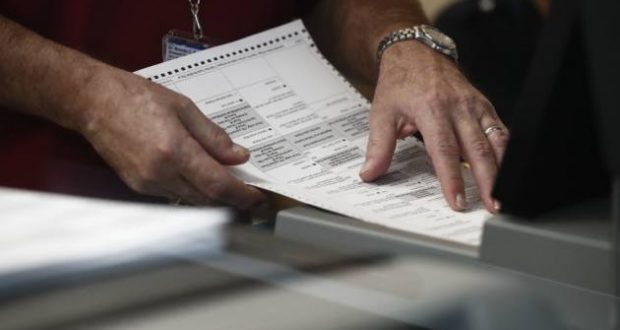 The Iowa Supreme Court has upheld a law that protected the integrity of absentee voting applications after Democrats sued to overturn it.

Democrat county election auditors in the state wanted one thing – to change mail-in ballot applications that had already been submitted. On Oct. 21, the  Iowa Supreme Court blocked that request by siding with Republican who said the alterations were illegal.

The law made it illegal for bureaucrats from filling in or altering information on absentee ballot applications on behalf of voters ahead of the Nov. 3 presidential election. In many cases, the information is used to verify the identity of the voter. It was required that the voter provide that information to differentiate the ballot from fraudulent applications. 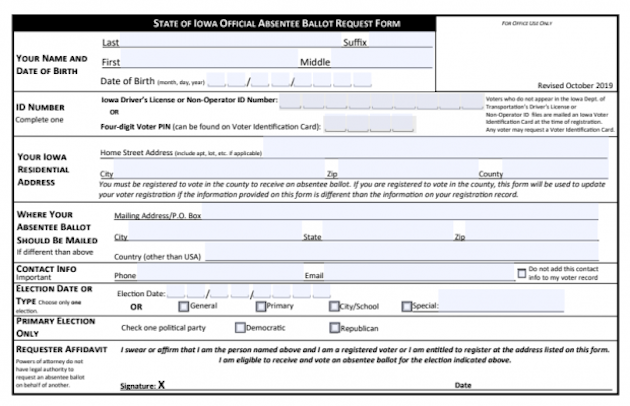 In a 4-3 ruling just days before Iowa’s Oct. 24 deadline for absentee ballot applications, county election auditors will now be blocked from using the state’s voter registration database to fill in the blanks on voters’ applications, as they have done in prior elections. They will instead be required to send them back for applicants to fill in, or contact voters directly to obtain the required identification information.

“We are not persuaded the statute imposes a significant burden on absentee voters. It is not a direct burden on voting itself,” the four justices wrote in the ruling Wednesday, noting that roughly 13,000 out of over 842,000 absentee ballot requests had not been fulfilled as of Oct. 16.

The figure is “extremely low,” they argued, and “far lower than the rate predicted by the plaintiffs.”

The justices agreed with Republicans that the law was a way to “protect the integrity and security of the absentee ballot system” by ensuring that voters verify their identities by providing the relevant information.

Those affected would still be able to vote early at the auditor’s office and satellite locations or on Election Day.

The ruling marks another legal victory for Republicans and President Donald Trump’s reelection campaign in Iowa, where his race against Democrat Joe Biden and a key Senate contest are expected to be close.

Iowa is one of 16 swing states in the 2020 election, according to a tally maintained by Real Clear Politics. Early voting began Oct. 5 in the state.