Home / News / Is China’s control of 5G speeds a Pearl Harbor for US? 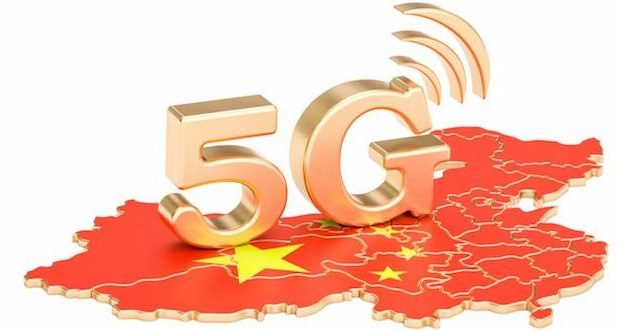 Is China’s control of 5G speeds a Pearl Harbor for US?

Cyberspace is considered the fifth strategic domain of warfare, along with land, sea, air, and space. And the Chinese are on the verge of dominating this domain. The Chinese government is heavily investing in 5G networks and significant state subsidiesare part of the communist regime’s comprehensive industrial blueprint to beat competition and cement global dominance in the 5G race.

Declan Ganley, an Irish telecommunications entrepreneur and founder of Rivada Networks, likens China’s threat to Pearl Harbor. Seventy-seven years ago, the Japanese attacked the U.S. naval base at Pearl Harbor in Hawaii, drawing the United States into World War II.

“We’re at one of those moments in history where you need to know what’s right in front of you,” he said.

On a Sunday morning before the Japanese assault, U.S. Army radar operators actually did spot a large number of fast-approaching aircraft, Ganley explained. However, they decided it was some U.S. B-17 planes that were due in from the mainland and ignored them.

Similarly, Americans today don’t realize what’s on the screen coming at them, he said. “It’s hiding in plain sight now, and to defeat it, you have to act now.”

The Chinese government and telecom operators, however, are working hard to be at the forefront of equipment production for this new technology. According to the consulting firm Deloitte, China has exceeded the United States in mobile technology spending.

“Looking forward, China’s five-year economic plan specifies $400 billion in 5G-related investment,” a Deloitte report said, adding that China’s strategy is creating a “5G tsunami” and making it harder for America to catch up.

Fifth-generation technology marks the beginning of a new era in the wireless industry. It will replace the fourth-generation mobile (4G) network. It has the potential to change our lives by greatly increasing data speeds and transforming the internet. It also enables widespread device connectivity through the internet of things.

The new technology is not just for phones. Industrial machines, farming equipment, cars, and many other devices will be using 5G technology in the future as well.

“It’s going to touch every aspect of our lives. And this domain is the cyber domain,” Ganley said.

“That’s where the Pearl Harbors of the future will take place. And whoever dominates the architecture of 5G has got enormous strategic security and, frankly, economic advantage.”

5G and subsequent technologies are expected to bring trillions in economic benefits. Faster data transmission and more reliable connectivity may improve productivity growth across the economy.

It’s a “technology shift that has the potential to add at least between 0.75 and over 1 percent to GDP of any given country in any given year,” Ganley said. “That’s a big economic shift.”

International 5G standards will be set by 2019 and large-scale commercial deployment is expected by 2020. U.S. and Chinese companies are engaged in a fierce competition to secure first-mover advantage in the race.

Beijing has recognized 5G’s enormous economic advantages and identified it as a national priority in its blueprint “Made in China 2025.” Hence, the Chinese regime supports the efforts of its mobile carriers and equipment manufacturers.

According to Ganley, Beijing has spotted an opportunity to dominate the cyber domain globally. To build 5G networks, China has been using mobile carriers around the world as its Trojan horses that do the lobbying for the Chinese, he said.

“It’s a brilliant plan, and it has almost worked,” he said.

The mobile carriers want Chinese technology because it is cheaper and subsidized by the Chinese government. They aren’t bothered by the strategic concerns, he explained.

The recent arrest of Huawei Chief Financial Officer Meng Wanzhou by Canadian authorities, however, creates a big challenge for the Chinese. Governments around the world consider the company an important tool for China’s communist regime.

“Can Huawei be trusted to deliver vital national infrastructure in any given country around the world given the top-down nature of the Chinese Communist Party and the way that it operates? And I think that question answers itself,” Ganley said.

To win the 5G competition, the United States has to fix the vulnerabilities in the mobile business model that the Chinese have been exploiting for years, according to Ganley. The companies write massive upfront checks to governments for spectrum, and that affects their financial ability to compete with Chinese companies, he argues.

Western governments need to change their business model by creating wholesale markets for capacity, similar to the electricity industry where the government still owns the spectrum, he explained.

“If you do that, you can destroy the Chinese advantage,” he said.