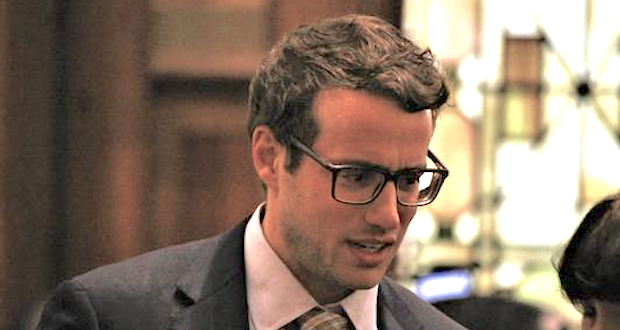 Decisions made by the city of Kansas City, Mo., affect the entire metropolitan area, as this year’s COVID-19 regulations and protest policies have shown. After a 13-month search, the Kansas City Council on Thursday officially voted 9 to 4 to appoint Mayor Quinton Lucas’s selection of Brian Platt from Jersey City, New Jersey, as city manager.

VIDEO: Platt was interviewed in August

“I am inclined to agree with a supermajority of the council, not only because of the agreement among this supermajority of the Council but because of this individual’s strong record on budget management, incentives and affordable housing,” Lucas wrote in a letter to the City Council. “Based upon sterling recommendations provided by his own colleagues and citizens, the review of our colleagues and community interview viewers and participants, and his strong work on budget challenges over recent years and reorganization of Jersey City departments, I will recommend, based upon my authority under Section 218(b) of the Kansas City Charter, Brian Platt to serve as Kansas City’s sixteenth permanent city manager.”

Platt holds a Master’s in Public Administration from the Columbia University School of International and Public Affairs and has extensive management experience. He and his wife, Margo, have a 2-year-old daughter and significant family ties to Kansas City. Brian’s father-in-law, Marty Aaron, is a graduate of Center High School. Aaron’s mother is a graduate of Paseo High School. Several members of his family remain in Kansas City and have served the community as public-school teachers and local business owners for decades.