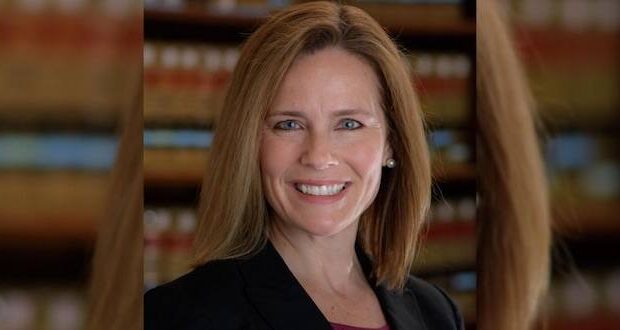 The Satanic Temple has filed a motion asking the Supreme Court to disqualify Justice Amy Coney Barrett from ruling on its lawsuit challenging Missouri’s abortion laws. The satanists claim the state discriminates against the religious belief of its members that abortion is not murder.

Judy Doe, a temple member, sued Missouri when it required her, as a condition to getting an abortion, to acknowledge receipt of Missouri’s proclamations that “the life of each human being begins at conception” and “abortion will terminate the life of a separate, unique, living human being.” Missouri required Doe to wait three days. The complaint alleged Missouri violated Judy Doe’s First Amendment right to get her abortion based the temple’s belief that a non-viable fetus is part of a woman’s body and can be removed in good conscience on demand and without consideration of its current or future condition.

The case was dismissed by the Eight Circuit Court, which held that Missouri’s proclamations do not violate the Establishment Clause. The Eight Circuit said the temple’s religious beliefs are not protected by the First Amendment. In its motion to disqualify, Satanic Temple said Justice Barrett’s impartiality can be reasonably questioned based on her previous public statements regarding the “barbaric legacy” of Roe v. Wade and her personal religious belief human life begins at conception.

In 2006, Barrett signed a statement published by St. Joseph County Right to Life in the “South Bend Tribune” that “oppose[s] abortion on demand and defend[s] the right to life from fertilization to natural death” and that Roe v. Wade created a “barbaric legacy” that should be struck down to “protect the lives of unborn children.”

The Satanic Temple said in a news release that it “confronts religious discrimination to secure the separation of church and state and defend the Constitutional rights of its members.”

Previous: Kansas City getting new city manager
Next: Up to 10 more nations expected to normalize relations with Israel, Trump annoucnces