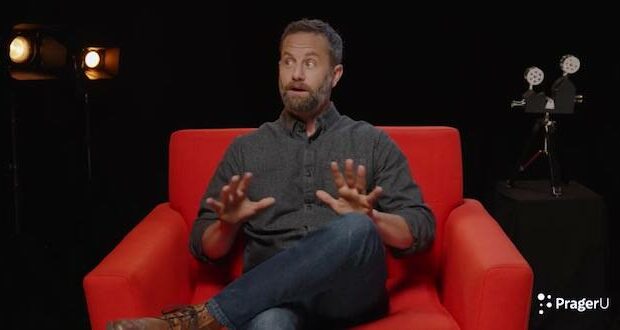 Kirk Cameron shares how God found him during Growing Pains

Former “Growing Pains” star Kirk Cameron recently opened up about his early experience in Hollywood, meeting his wife of 30 years, and how he went from being an atheist to a born-again Christian.

Before his conversion, Cameron said that entertainment was a big part of his life, whether he wanted it or not.

“I was born in Los Angeles, California and when I was about 9 years old, my mom took the advice of a friend who said, ‘my son’s working on a TV show, you should take your kids to go meet this agent and see if they could get into the entertainment biz,’” Cameron said on PragerU’s segment, STORIES OF US. “The routine was the same, and I hated it. I couldn’t drive so my mom would pick me up from junior high school, and she had a freshly pressed shirt with a collar and a hairbrush. I’d slink into the car when my friends weren’t looking. It was just miserable.”

Eventually, the routine paid off, and Cameron landed a role on the sitcom “Growing Pains” at 14.

Watch the interview below:

Cameron said that the show became instantly popular, and he quickly felt the effects of fame.

“It became really, really popular. By the time we were into our third season, it was at its apex and we were like in the top 10 of all shows,” Cameron said. “You basically had three channels you had ABC, NBC, CBS, and we were one of the main shows and so you had millions and millions of people watching.”

“I would walk down the street in New York City and you know, the guy driving the garbage truck down Third Avenue would be like, ‘Hey Mikey, how’s Ben? How’s Carol? I was like, ‘This is really cool.” 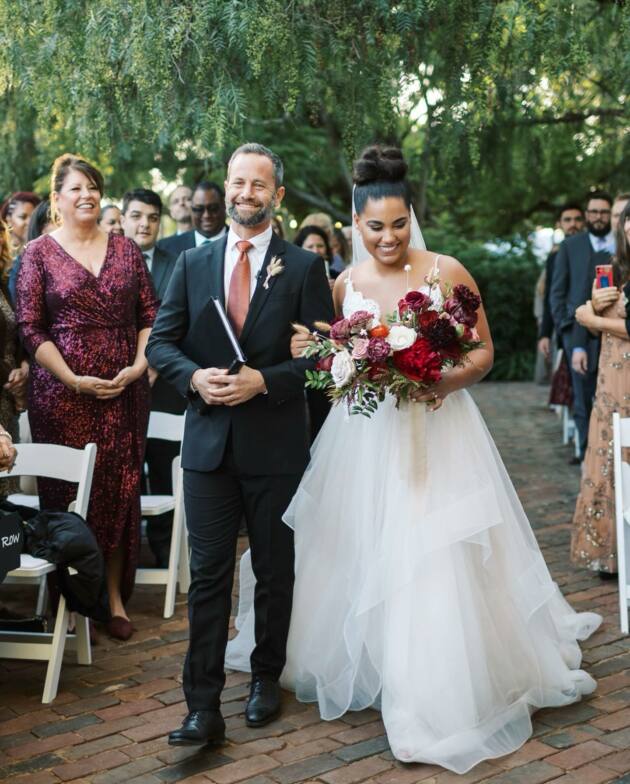 Cameron walking his daughter down the aisle in November.

Cameron confessed that with his early fame came the pressure and temptations of Hollywood.

“I look back now, and I say, ‘Wow, what a crazy childhood I had. What a crazy growing-up experience,’ because things could have gone so much differently for me than they did,” he said.

However, God interceded in Cameron’s life, and he turned his priority toward faith instead of fame.

“My journey toward faith in God is really interesting to me because I didn’t have any faith at all,” Cameron said. “When I was a kid I would have called myself an atheist up until I was about 17 years old. And I remember sitting one day in my sports car. I dropped this girl off at an acting class and I was parked on the side of the road and I got to thinking about the fact that one day I would die and find out if there really was is a heaven and a hell. If there really is a creator or there’s just nothing and I knew that if there was a heaven, I wouldn’t be going there because of my attitude. My self-centered, conceited, ‘I’m all that,’ ‘I’m the goat,’ celebrity Mike Seaver guy.

“I thought I would humble myself and pray for the first time and I just closed my eyes. I didn’t know why I closed my eyes,” he continued. “But I just saw people at church do that. So maybe it was an extra little someone that just made the prayers go up all the way to heaven. And I just said ‘God, if You’re there, would You please show me, I want to know. If You paint the sunsets in the sky at night, and if You are the one who designs little children and all the beautiful things I see in the world. I’d like to know the answer to some of the tough questions.’”

Cameron said that he asked for the forgiveness of his sins, and his life began to change.

“I didn’t have any theology figured out. I couldn’t have told you how Noah fit all those animals on the ark. I couldn’t have told you why we could still trust a 2000-year-old book or 4000-year-old scripture, but I felt like maybe God heard me and I opened my eyes. I didn’t see any visions. I didn’t hear voices, but I had the sense that I was being truthful, and that perhaps things would begin to change in my life. And they did,” Cameron said.

“I started going to church more often, I began to read the Bible and it began to change me on the inside,” he added. “A minister friend of mine once said to me,’ Kirk, if anybody ever asks you, how did you find God in Hollywood? He said, ‘let me remind you, you didn’t find God. He wasn’t lost. You were, and He found you.’ And I think that’s a perfect description.”

Cameron noted that while many people blame Hollywood pressure for the downward spiral of actors’ lives, he believes it humbled him to confess to God.

“My daughter had this quote on her wall that inspires her and it said ‘It’s the same boiling water that softens potatoes that hardens eggs. It just depends on what you’re made of’. And so the same difficult challenges and influences of Hollywood that turn some people sour and make them narcissistic and bitter and joyless and afraid to not fit in is the same pressure that actually softened my heart and caused me to embrace gratitude and be thankful for the life that I have and want to use a platform and this Hollywood industry to advance the good.”

Previous: Why Nigeria’s Christians feel abandoned by the United States
Next: Reaction to Supreme Court rulings on Biden vaccine mandates