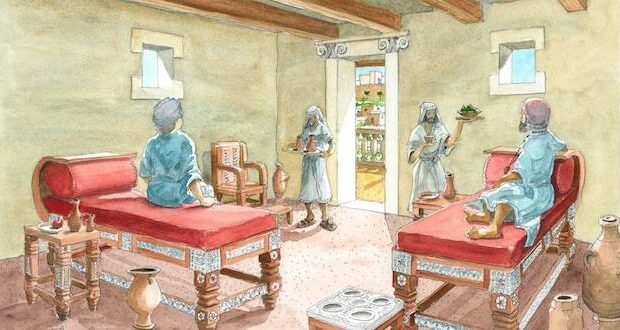 Illustration: The inlay of the ivories in the couch-thrones. (Shalom Kweller, City of David)

Discovery of Ivory sheds light on Jerusalem during Solomon’s Temple

An extraordinary discovery was recently unearthed in Jerusalem when Israeli archeologists uncovered an assemblage of ivory plaques dating to the First Temple period (Solomon’s Temple). They are among only a few found anywhere in the world, and the first of their kind to be found in Jerusalem.

The Excavations were conducted by the Israel Antiquities Authority (IAA) and Tel Aviv University at the Givati Parking Lot in the City of David in Jerusalem, close to the Kotel plaza.

The ivories, considered one of the costliest raw materials in the ancient world, even more than gold, were found among the ruins of a palatial building in use when Jerusalem was at the height of its power during the eighth and seventh centuries BCE. Scholars believe that the decorated ivories were inlaid in wooden furnishings that were used by the residents of the building – people of means, influence and power, possibly high government officials or priests. 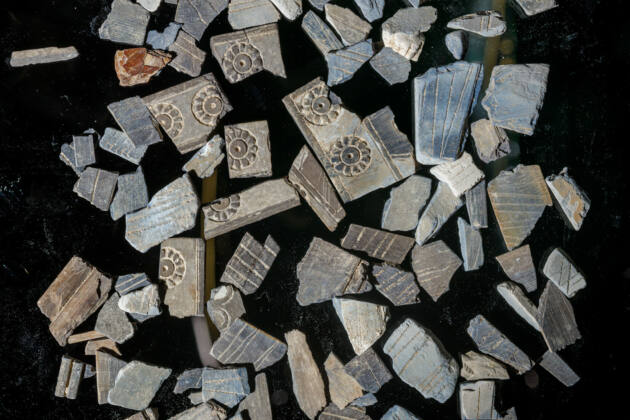 Some of the 8th-7th century BCE ivories discovered in the assemblage City of David, which contains no fewer than 1,500 fragments.(Eliyahu Yanai, City of David)

Excavation directors Prof. Yuval Gadot of Tel Aviv University’s Department of Archaeology and Near Eastern Cultures and Dr. Yiftah Shalev of the IAA said that “to date, we only knew of decorated ivories from the capitals of the great kingdoms in the First Temple period, such as Nimrud, the capital of Assyria, or Samaria, the capital of the Israelite Kingdom. Now, for the first time, Jerusalem joins these capitals.”

“We were already aware of Jerusalem’s importance and centrality in the region in the First Temple period, but the new finds illustrate how important it was, and places it in the same league as the capitals of Assyria and Israel. The discovery of the ivories is a step forward in understanding the political and economic status of the city as part of global administration and economy,” they said.

Ivory is mentioned only a few times in the Bible, always in connection with royalty or great wealth, including in the description of the throne of King Solomon (I Kings 10:18); an ivory palace built by King Ahab in Samaria (1 Kings 22:39); and the prophet Amos’ castigation of Israelite nobility: “They lie on ivory beds, lolling on their couches” (Amos 6:4).

The impressive building in which the ivories were unearthed was devastated in a huge fire, apparently during the Babylonian destruction of Jerusalem in 586 BCE, and the ivories were discovered burnt and smashed into tiny pieces. During the wet-sieving stage, about 1,500 fragments were found. It was only after a unique restoration project, led by conservator Orna Cohen, together with Ilan Naor from the IAA, that the plaques were restored, and the richness of the assemblage was revealed. 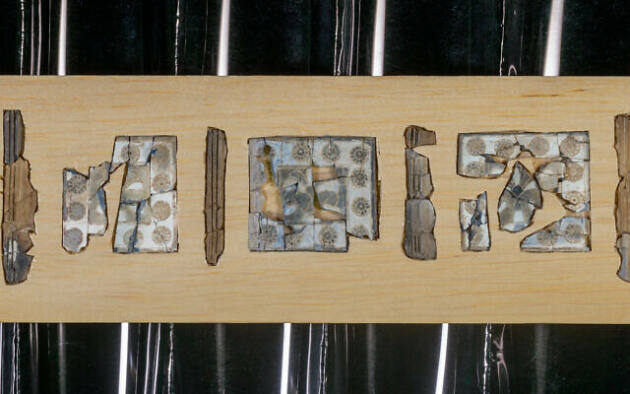 The 8th-7th century BCE ivories discovered in the City of David were inlaid in a furnishing – possibly a couch-throne in a palatial structure. (Eliyahu Yanai, City of David

“At the end of the process of joining and ‘fusing’ hundreds of the fragments, we were able to understand that the assemblage includes remnants of at least 12 small square plaques – about 5 cm x 5 cm, at most 0.5 cm thick – which were originally inlaid in wooden furnishings,” Cohen and Naor said.

The ivories were not the only prestigious items found at the site. A seal made of agate, a semi-precious stone, was also unearthed, as well as a seal impression carrying the name “Natan-Melech servant of the king,” jars that had held vanilla-spiced wine, decorated stone items and wooden objects that were apparently part of other large wooden furnishings. 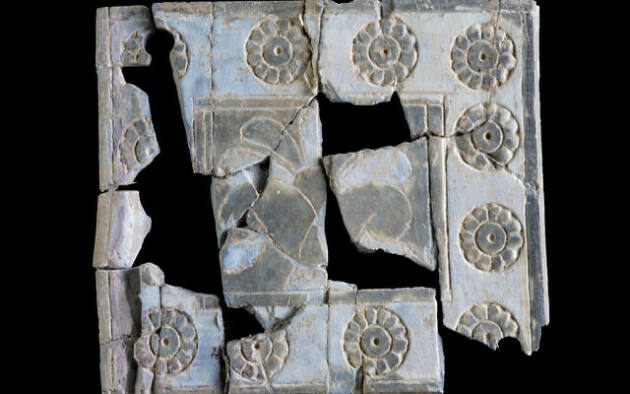 Frame incised with rosettes with a stylized tree in the center. (Dafna Gazit, Israel Antiquities Authority)

Decorated ivories are the rarest and most outstanding finds in archaeological assemblages. Their prestige stems from the source of the ivory – microscopic testing by Harel Shohat of the University of Haifa revealed that they were made from elephant tusk.

“The prestige of ivory is also associated with the great skill required to work with it and create decorations,” Prof. Gadot and Dr. Shalev explained. “The assemblage of ivory discovered in the City of David was probably imported, and originally made by artisans from Assyria. The ivories may have come to Jerusalem as a gift from Assyria to Jerusalem’s nobility.”

Following a comparison with complete objects that appear on wall plaques from the palace of the Assyrian King Sennacherib at Nineveh, they suggest that the ivory plaques from Jerusalem were originally inlaid in a couch-throne.

The decorations on most of the ivories were the same, consisting of frames incised with rosettes in the center of which was a stylized tree. Other plaques were adorned with lotus flowers and a geometric pattern. Dr. Ido Koch and Reli Avisar of Tel Aviv University, who studied the objects, said that the rosette and the tree were popular symbols in the Mesopotamian visual repertoire and in other cultural centers. Ivory objects with similar decorations were discovered in the assemblage of ivories from Samaria, and in more distant palaces, such as Nimrud and Khorsabad in the heart of the Assyrian Empire. The Judahite elite adopted these symbols during the time that Judah was under the rule of the Assyrian Empire, from the second half of the eighth century BCE.

Interestingly, these three symbols appeared at that time in Judah as symbols of the kingdom both on stone items that adorned opulent buildings, decorating stone capitals discovered in Jerusalem at Armon HaNatziv, at Ramat Rachel, and Nahal Rephaim, as well as seals used in the royal administration to stamp jars, marking their contents as belonging to the royal household. 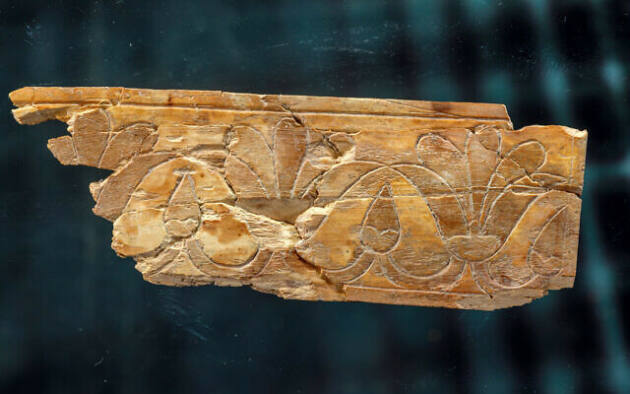 It is of significance to note that animal and human mythological figures that appear on ivory items discovered in Samaria, Nimrud and other centers do not exist in the Jerusalem assemblage. “

“It’s possible that what we have here is evidence of a cultural choice by the Jerusalem elite as to which global symbols to adopt and which to reject,” the scholars say.

Eli Eskozido, director of the IAA, said that “the excavations in the City of David never stop surprising us. This time, with the help of the delicate and inspiring work of conservators and researchers, we have been given a glimpse into the daily life of the people who lived here thousands of years ago. These discoveries breathe life into the ancient stones.”

“The realization that the material culture of the social elites in Jerusalem in the First Temple period did not fall short of – and perhaps even exceeded – that of the other ruling centers in the Ancient Near East, demonstrates the status and importance of Jerusalem at that time,” he added.

Previous: Questions of faith haunted the life of Gorbachev
Next: Entire church congregation remains in limbo after fleeing Hong Kong