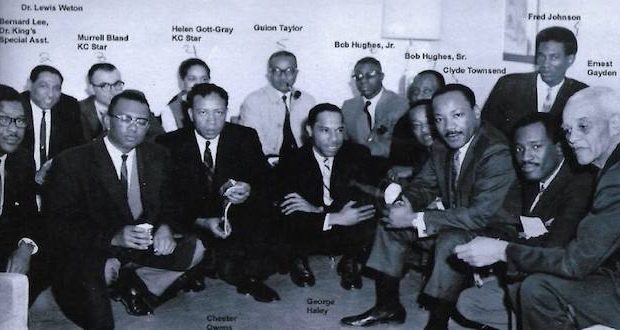 Dr. Martin Luther King Jr., whose birthday is celebrated as a national holiday on Monday, made at least six visits to the Kansas City area. The Jackson County Historical Society looked back on those occasions in its newsletter.

April 1957: St. Stephen Baptist Church. King’s April 11 appearance at St. Stephen Baptist Church at 1414 E. Truman Road occurred about two months after his face had appeared on the cover of “Time” magazine, which had described King as a minister “who in little more than a year has risen from nowhere to become one of the nation’s remarkable leaders of men.” King’s local appearance, organized by the Kansas City, Mo., NAACP chapter, influenced the subsequent social justice agenda adopted by local back leaders. 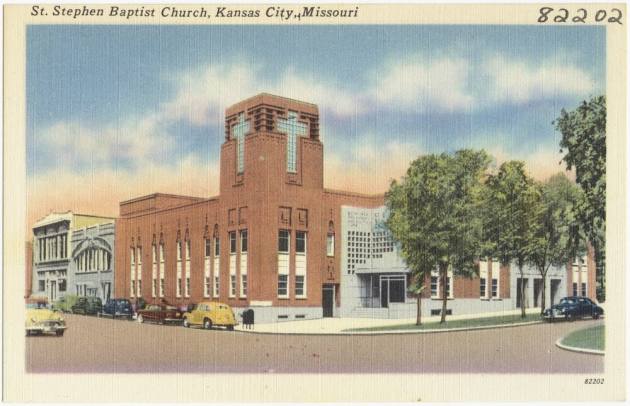 June 1958: Sumner High School. Black citizens “must not use violence to achieve integration because this will cause bitterness for generations to come,” King told listeners in the auditorium of what is now Sumner Academy of Arts and Science at 1610 N. 8th St. in Kansas City, Kan. King added that while black citizens may “hate segregation and injustice,” according to a “Kansas City Times” account of his speech,” “this hate must not include segregationists.”

September 1961: National Baptist Convention, U.S.A., Inc., Kansas City Municipal Auditorium. King’s next visit to Kansas City, only a few months later, would prove contentious. A six-day annual convention of the National Baptist Convention, U.S.A., Inc. was marred by a struggle between two factions. The convention was split between supporters of incumbent president J. H. Jackson of Chicago and Gardner Taylor of Brooklyn

The convention attracted about 10,000 delegates to Kansas City’s Municipal Auditorium, 301 W. 13th St., where they would vote on the new president. King was in attendance but his voice appeared muted, according to daily newspaper coverage of the event, saying only that he supported Taylor. 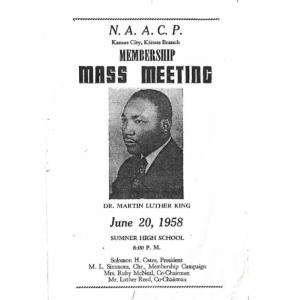 November 1962: Kansas City Municipal Auditorium. Just over a year later King would revisit Municipal Auditorium, this time to address the annual Festival of Faith, an annual service observing the Protestant Reformation. About 8,000 people attended the Nov. 4 event, organized by the Kansas City area Council of Churches. “All men are one in Christ Jesus,” King said.

2021-01-18
Dwight Widaman
Previous: Senate has no authority to try Trump after he leaves office: Sen. Tom Cotton
Next: Parler back in business after securing new web hosting service