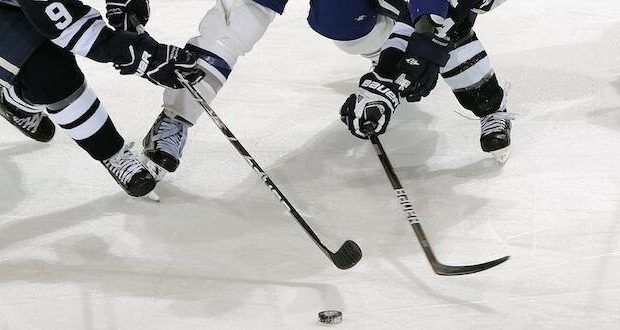 A National Hockey League job fair that told straight, white, male applicants to not apply has come under intense criticism, forcing the NHL to respond to allegations of discrimination.

Florida Gov. Ron DeSantis accused the organization of discrimination for a hiring policy restricted to select races and sexual orientations.

A spokesperson for the NHL says that the event—the Pathway to Hockey Summit—is now open to anyone 18 years of age or older and that the original wording for a LinkedIn announcement for the event was “not accurate.”

The NHL’s post on LinkedIn—which has since been deleted—said that the event was limited to a narrow range of job-seekers from a list of “underrepresented communities.”

“Participants must be 18 years of age or older, based in the U.S., and identify as female, Black, Asian/Pacific Islander, Hispanic/Latino, Indigenous, LGBTQIA+, and/or a person with a disability. Veterans are also welcome and encouraged to attend,” the post stated.

A similar notice is still up on the University of Pennsylvania’s career services page, which describes the event as intended for “diverse job seekers who are pursuing careers in hockey.”

Interested attendees would be given the opportunity to meet with recruiters, with the event featuring guest speakers and panelists, and offer networking opportunities.

But the NHL post drew ire from DeSantis, who has made pushing back on progressive ideologies and policies a cornerstone of his administration.

The governor’s spokesman, Bryan Griffin, said that this type of discriminatory job posting would not be tolerated in Florida and demanded that the NHL “immediately remove and denounce the discriminatory prohibitions it has imposed” on the upcoming summit.

“Discrimination of any sort is not welcome in the state of Florida, and we do not abide by the woke notion that discrimination should be overlooked if applied in a politically popular manner or against a politically unpopular demographic,” Griffin said in a statement.

“We are fighting all discrimination in our schools and our workplaces, and we will fight it in publicly accessible places of meeting or activity,” he added.

The NHL appears to have taken heed of DeSantis’ warning, with a spokesperson for the hockey league telling The Epoch Times in an emailed statement that the “original wording of the LinkedIn post associated with the event was not accurate,” adding that the event is now open to anyone aged 18 and older.

“The Pathway to Hockey Summit is an informational and networking event designed to encourage all individuals to consider a career in our game–and, in particular, alert those who might not be familiar with hockey to the opportunities it offers,” the spokesperson said.

A new NHL post on LinkedIn about the event features language that mirrors the spokesperson’s statement.

Griffin took to Twitter to share a report that the NHL had backtracked on its decision to restrict eligibility in the summit to select groups.

“Florida is where woke goes to die,” Griffin commented.

DeSantis has taken a number of steps to push back against progressive policies in Florida. These include signing a bill into law that bans sanctuary cities, requiring instruction on the Constitution and Bill of Rights in public schools, and banning biological males who identify as women from competing in female sports teams in public K–12 schools and colleges.