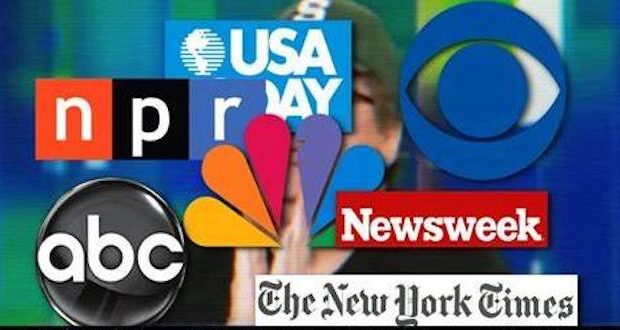 President Trump’s Independence Day speech was met with cheers from the right and derision from the left.  Media critics are wondering if news outlets actually watched the speech before commenting on it.

“It is a crazy time, indeed, when the mainstream media can portray a speech designed to celebrate America as dark and divisive,” DePauw University professor and media critic Jeffrey McCall told Fox News.

“Sure, Trump criticized anarchists and the people who are determined to destroy monuments, but such rhetoric would hardly have been considered polarizing in years past. For the resistance media, nothing Trump said in his Mount Rushmore speech would have been suitable,” McCall said.

McCall feels the “mainstream media narrative today is largely negative about America” and coverage of Trump’s speech reinforces his theory.

“Those news organizations weren’t about to give that narrative up even on the weekend celebrating America’s founding,” he said.

CNN began its negative coverage to Trump’s speech before he even took the stage, when a reporter on Friday described Mount Rushmore as “a monument of two slaveowners” situated on stolen land ahead the president’s remarks.

Only racists celebrate the 4th of July pic.twitter.com/jLeT0mL5kY

Once the speech concluded, CNN’s Chris Cillizza published a list of the “28 most outrageous” moments from the speech.

“I am here as your president to proclaim, before the country and before the world, this monument will never be desecrated,” was among Trump’s remarks that CNN’s political analyst considered “outrageous.”

The CNN pundit also criticized Trump for telling the South Dakota audience, “I love your state. I love this country.”

Over on MSNBC, coverage of Trump’s speech was so negative that NewsBusters managing editor Curtis Houck put together a recap headlined, “Here’s the WORST Moments from MSNBC’s America-Hating, Anti-Founders Mt. Rushmore Coverage.”

“MSNBC debased itself Friday night with a vile display of hatred for America, the Constitution (except the freedom of the press), the Declaration of Independence, the Founding Fathers, and positive celebrations of both where the country has been and where we hope to go,” Houck wrote.

Conservative commentator Ben Shapiro viewed the media coverage as “extraordinary gaslighting,” writing on Twitter that the address “was prompted by weeks of rioting, looting, tearing down monuments, and lying about Americans both dead and alive.”

The vile media mischaracterization of Trump's July 4 speech is extraordinary gaslighting. The speech wasn't dark. And it wasn't "out of nowhere" or "aggressive." It was prompted by weeks of rioting, looting, tearing down monuments, and lying about Americans both dead and alive.

“The few members of national media that hadn’t already shown their biased hand came out on the 4th of July to get involved in campaign 2020. There didn’t seem to be a single unbiased story on Trump’s visit to Mt. Rushmore,” Washington Times columnist Tim Young told Fox News.

“The most laughable part was when left-leaning media called Trump divisive for standing up against rioters and those destroying American cities,” Young added. “To left-leaning media, he’s the divisive one, not the person causing violence and pulling down statues.”