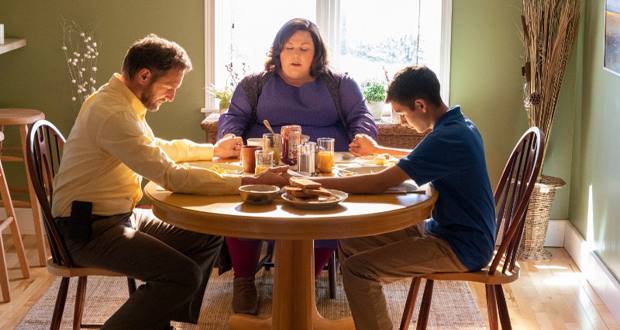 On one hand, some skeptics of faith films might pay attention and watch it. On the other hand, skeptics also might consider it a backhanded compliment — sort of like calling a restaurant “the best Taco Bell around.”

A new faith-based film, Breakthrough (PG), opens in theaters April 17. And while it does rank among the best faith-based movies I’ve seen (it’s in my Top 5) it’s also simply a great movie — period — and would hold its own against the leading inspirational mainstream films ever made.

It tells the true-life story of a Missouri teenage boy named John Smith who falls through an icy pond and is under water for 15 minutes before he is pulled to the surface. Without a pulse, he is taken to the hospital and considered dead when his mother begins praying over his body. He regains a heartbeat — 45 minutes after he fell in the pond — and recovers.

READ ABOUT THE TOP FAMILY FILMS OF 2018

It stars Chrissy Metz (This Is Us) as the mother, Joyce Smith, and Topher Grace (Spider-Man 3) as her pastor, Jason Noble. DeVon Franklin produced it, with NBA star Steph Curry and Samuel Rodriguez of the National Hispanic Christian Leadership Conference serving as executive producers. Fox 2000 Pictures is releasing it. Metz, not surprisingly, is outstanding.

The movie’s miraculous plot will have its doubters, but it has the medical documentation to support it. Mainstream newspapers and television stations covered the real-life story when it took place in 2015.

Breakthrough shows the mother struggling to build a close relationship with her son, who was adopted from Guatemala.

“The number one takeaway it that prayer works [and that] love wins,” Franklin told a panel of Christian media members in March. “When you think about it, why would Joyce pray that hard? It’s because of her love. And I think that’s just so powerful.”

The movie has no sexuality and only minor language (two instance of h-ll and a couple of OMGs.) It is rated PG for thematic content including peril.

‘The Pilgrim’s Progress’ — This animated film re-tells the famous story by John Bunyan of a man named Christian who journeys from the City of Destruction to the Celestial City. It stars John Rhys-Davies (Raiders of the Lost Ark, the Lord of the Rings series), Ben Price and singer Kristyn Getty as the narrator. It is in theaters for two nights only: April 18 and 20. 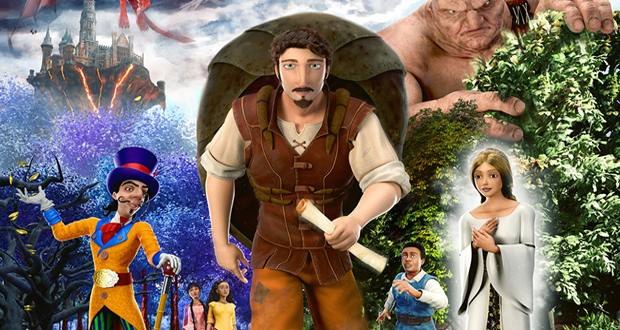 ‘Jesus: His Life’ — This eight-part, four-week History Channel series examines the life of Christ through the eyes of people who knew him: Joseph, John the Baptist, Mary the mother of Jesus, Caiaphas, Judas, Pontius Pilate, Mary Magdalene and Peter. It mixes drama with interviews from 20-plus religious leaders. Unfortunately, a couple of the experts question the biblical account, but — thankfully — the evangelical voice is represented. Among the evangelical scholars: Asbury Seminary’s Ben Witherington, who sides with Scripture every time. Jesus: His Life concludes the Monday before Easter. 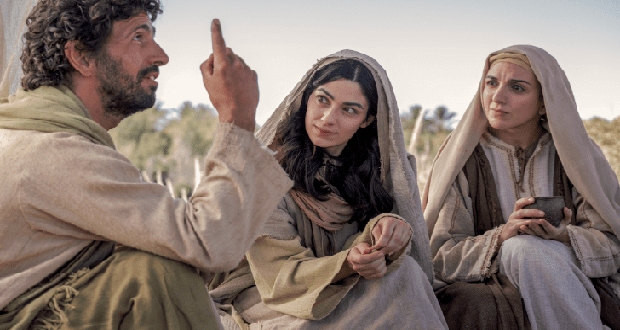 ‘An Interview with God’ — A depressed journalist named Paul Asher lands the interview of a lifetime with God, who agrees to three one-on-one sessions, 30 minutes apiece. Now on Netflix, An Interview with God was one of the best and most thought-provoking faith-themed films of 2018. It’s not a perfect movie, but it stands out with its acting and plot. Brenton Thwaites (Pirates of the Caribbean: Dead Men Tell No Tales) plays the journalist and David Strathairn (Lincoln) plays the role of God. It is unrated. 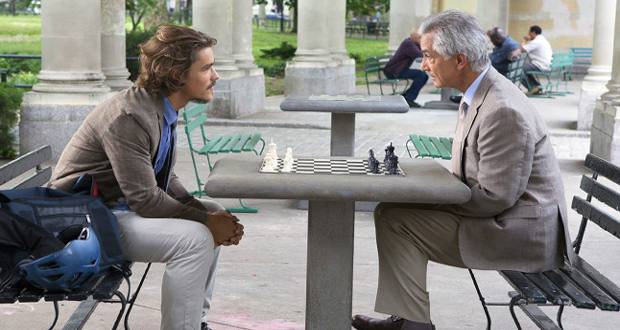 ‘Popular Mechanics for Kids’ — Two teenagers travel the world to explain science and technology to children. Topics covered include the Arctic, the space station and slime (of course!). More than 40 episodes of this entertaining and educational series are now streaming on PureFlix.com. 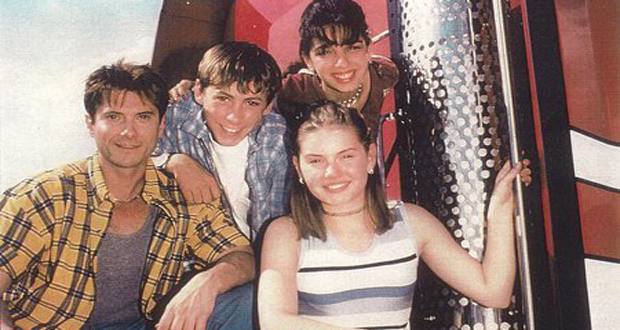 Michael Foust has covered the intersection of faith and entertainment more than a decade. He is the husband of an amazing wife named Julie and the father of four children.

“Unplanned’ is an R-rated movie everyone should see

– By Michael Foust. Michael has covered the intersection of faith and entertainment more than a decade.

Previous: Calls increase for Pulitzer Prize to be stripped from newspapers
Next: FROM THE CHEAP SEATS – Playoffs