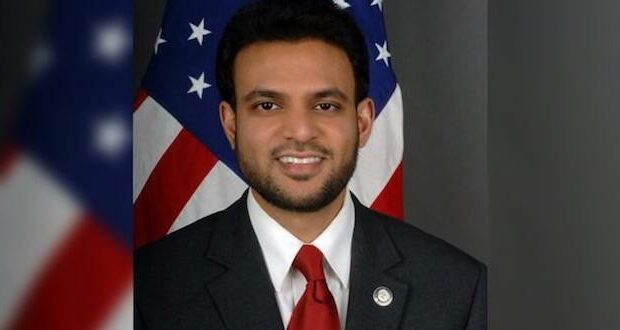 Open Doors USA is urging fast approval of Rashad Hussein as ambassador-at-large for international religious freedom in the Biden administration.

“Hussain is a well-qualified nominee with a deep understanding of the factors at play in China, India and elsewhere.” CEO David Curry said. “We look forward to building together the diverse coalition of leadership necessary to counter the rising tide of religious persecution worldwide. Mr. Hussain’s expertise could play a major role in addressing some of the most challenging issues facing Christians, especially in the Middle East and West Africa. We urge the Senate to take action on religious freedom by confirming his nomination quickly.”

Rashad Hussain, 41, is currently the Director for Partnerships and Global Engagement at the National Security Council. He has previously served as a Senior Counsel at the Department of Justice’s National Security Division under Barack Obama. He would be the first Muslim in the post.

The ambassador is the key coordinator for U.S. government policy on the persecution of religious communities around the world. Without multinational leadership committed to advocating for religious freedom, Curry said, the condition of persecuted groups is not likely to improve anytime soon.

Open Doors said the top priorities for any new International ambassador must include the extreme violence against Christians in Nigeria, the genocide against Uyghur Muslims in China and the deterioration of religious freedoms in India, among others. The core of religious freedom is a call for equality, tolerance and acceptance for all people of faith, no matter how or whether they choose to believe.

Isaac Six, director of advocacy for Open Doors USA, said, “We’re glad to see the White House answer the call of Open Doors USA and many other groups who have been advocating for a qualified appointment to this position since the start of the Biden administration We also welcome the nomination of the special envoy to monitor and combat anti-Semitism and the appointment of two new USCIRF commissioners. We urge Sen. McConnell to fill the last remaining vacancy on the commission in a timely manner.”