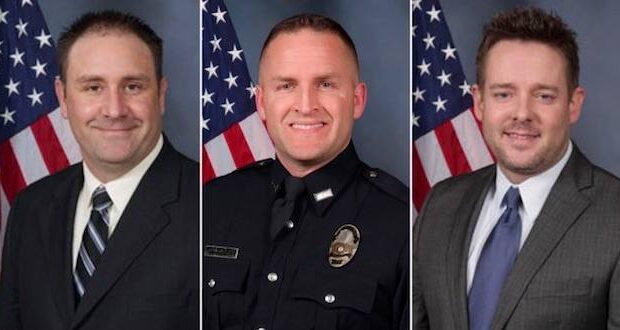 Within 15 minutes of the announcements, news reports acknowledged that trucks had already arrived with pre-printed Black Lives Matter signs as crowds gathered. Radio reports stated that Antifa was observed in the area as well. Taylor’s family and friends have called for calm and spoken out against outside groups, like Antifa, coming into the city.

As of Wednesday afternoon, massive crowds are forming in downtown Louisville.

The decision came after evidence was presented by a team led by Attorney General Daniel Cameron, who is black and a Republican. 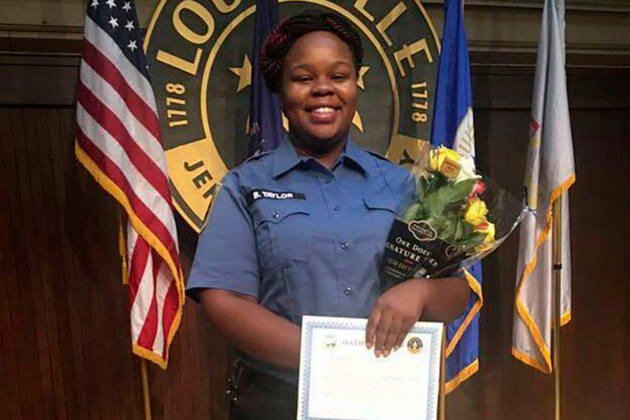 Hankison could face up to 15 years in jail if convicted. He was fired in June for violating police department rules. 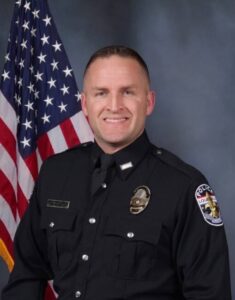 A file photo, date not known, provided by the Louisville Metro police department shows officer Brett Hankison. The department has fired Hankison, one of the police officers involved in the fatal shooting of Breonna Taylor. (Louisville Police Department)

Police officers exchanged fire with Taylor’s boyfriend Kenneth Walker, who fired a shot that struck one of the officers, Cameron told reporters during a press briefing on Wednesday shortly after Hankison was indicted.

Ballistics evidence showed Taylor was struck six times, including one shot that killed her. There’s no conclusive evidence that Hankison fired any of the shots, he said.

An FBI analysis showed the fatal shot was fired by Detective Myles Cosgrove.

The investigation found that Jon Mattingly and Cosgrove “were justified in their use of force” after being fired on by Walker, according to Cameron.

Hankison, Mattingly, Cosgrove, and the detective who sought the warrant, Joshua Jaynes, were placed on administrative reassignment after the shooting.

Walker told police he heard knocking but didn’t know who was coming into the home and fired in self-defense.

He was initially charged with attempted murder. That charge was later dropped.

Police had a “no-knock” warrant when they carried out the March 13 raid, and believed Taylor was stashing drugs for her ex-boyfriend. No drugs were found in the apartment.

Hankison, who fired 10 shots during the botched raid, was later fired.

The Kentucky city’s police department declared a state of emergency on Tuesday ahead of the decision on whether to charge any of the officers.