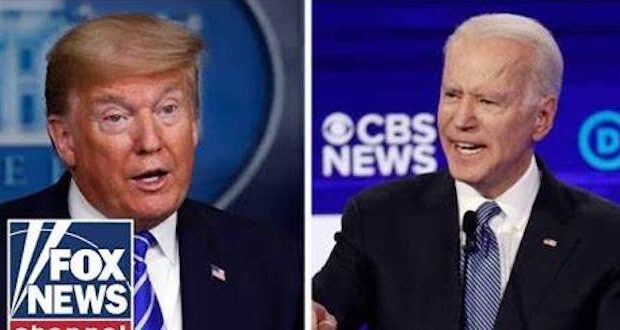 As many as 11 percent of Evangelical and Catholic voters in swing states could switch from voting for President Trump to Joe Biden, according to a poll by Vote Common Good, a liberal Christian activist group. The group, which opposes President Trump, also worked to defeat conservatives in the 2018 mid-term election.

It’s part of an outreach by Democrats and PACs trying to convince people of faith to switch their votes.

The group says the data are made up of responses from 1,430 respondents who are registered to vote and reside in one of five swing states: Florida, Michigan, North Carolina, Pennsylvania or Wisconsin.

But there’s one big problem. A small sample of people were polled in each state. In Wisconsin, just 118 were asked the questions. In North Carolina, which had the most people polled, only 231 people were polled.

“The 2020 election is currently on track to produce an 11 percent swing toward Biden compared with 2016 among evangelicals and Catholics, averaging across both Christian denominations and all five swing states surveyed,” an analysis of the data claimed.

The group is using that figure in press releases but downplaying the final result of the poll which found Trump will beat Biden in a landslide if the election were held today. Asked who they would vote for if the “2020 presidential election vote if held today,” 52 percent stated Donald Trump while just 38 percent chose Biden. Respondents to the poll supported Trump with 55 percent in 2016. Not a big difference from 2020 and statistically tied within the margin of error.

Among swing-state Catholics, the new report alleges that 2020 is on track to produce a 16 percent swing toward Biden, who himself is Catholic though he has been barred from Communion over his pro-abortion positions. The report suggests that there will be a seven-point swing in favor of Biden when it comes to evangelicals in the five battleground states.

Critics point out some inconsistencies in the polling that do not align with the assumptions the group is reporting. For example, asked “Who would Jesus vote for,” respondents said Trump (28%) vs. Biden (27%).

In addition, more respondents labeled Trump as a Christian than Biden. Sixty-nine percent stated Trump was either Catholic, Protestant or a Christian of “some kind” while just 66 percent of respondents said Biden was a person of faith.

The poll comes after the Biden campaign said it planned to make more of an effort to reach out to voters of faith than the Clinton campaign had in 2016. Never Trump conservative groups also have spent millions on advertising in an attempt to convince voters of faith that they should not vote to re-elect Trump.

Some conservative Christians have shot down the argument that 2020 will see a percentage of Christian voters leaving Trump for Biden. Conservatives note that Trump has accomplished many of the promises he laid out to Christian conservative supporters before his 2016 election in regard to abortion, federal judges, prison reform, Israel and religious freedom. In each of those instances, President Trump has made historic moves that impact society for the better.

“In 2016, then-candidate Trump was running purely on his rhetorical statements and never held office, so there was no track record to point to,” Tim Head, executive director of the national grassroots organization Faith & Freedom Coalition, which is spending millions to drive conservative evangelical and Catholic turnout in 2020. “Some people thought that was smoke and mirrors and he was going to deviate from the stuff he was promising on the stump. But honestly, he has delivered. It’s been one thing after another.”

Recent polling from reputable organizations has Trump ahead or even with Biden in most swing states with new voter registration by Republicans outpacing Democrats by a margin of 10 to 1 in Pennsylvania.

Previous: Limits on gatherings in Pennsylvania again lose in court
Next: Police officer indicted in Breonna Taylor case but not for her death