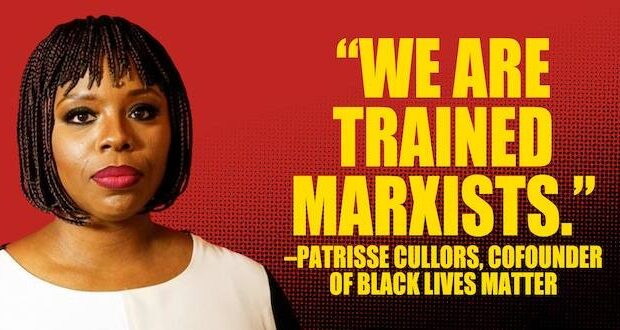 Black Lives Matter is trying to change its image after support for the organization plummeted in response to three months of protests and riots. The BLM Global Network quietly removed one of its stated goals from its website with no explanation.

The network, which has even lost support among Black Americans, is now fighting for freedom, liberation, and justice for black people, according to its website.

But the group has other goals.

“We make our spaces family-friendly and enable parents to fully participate with their children. We dismantle the patriarchal practice that requires mothers to work ‘double shifts’ so that they can mother in private even as they participate in public justice work,” the network’s website used to state on a “What We Believe” page that was removed recently.

“We disrupt the Western-prescribed nuclear family structure requirement by supporting each other as extended families and ‘villages’ that collectively care for one another, especially our children, to the degree that mothers, parents, and children are comfortable.”

The group also said on the now-deleted page that it was fostering “a queer-affirming network,” cultivating a movement “free from ageism,” and combating “state-sanctioned violence.”

Black Lives Matter was founded in 2013, in response to the death of Trayvon Martin in Florida, by activists Alicia Garza, Patrisse Cullors, and Opal Tometi. Cullors has described herself and Garza as “trained Marxists,” or communists.

Supporters say the movement draws attention to deaths at the hands of police that shouldn’t have happened, while critics say activists push a racial injustice narrative that doesn’t have strong evidence or data behind it.

Many Black Lives Matter protests are peaceful, but researchers have found that hundreds have devolved into violence in the United States alone since late May.

In a rare public statement earlier this month, Cullors pushed back on criticism from televangelist Pat Robertson, who said on his show that “Black lives matter, but that legitimate thing has been hijacked by these radicals.”

Cullors said in response: “We believe those of all religious views and backgrounds, or disbelief; all genders as equal; Black lives not being eradicated using guns and knees in our necks; the elimination of the constant betrayal of our poor and oppressed communities; and, certainly, continuing to foster a united country that works for everyone despite their actual or perceived sexual identity, gender identity, gender expression, economic status, disability, immigration status, or intergenerational way of life.”

Previous: Bar owner charged for shooting looter, commits suicide
Next: Inner-city pastor ‘blindsided’ by being kicked out of church building