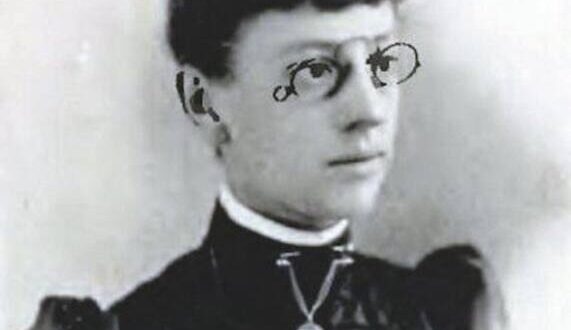 As the nation paused to recognize and celebrate the 100th anniversary of the ratification of the 19th amendment, members of the Missouri House gathered to honor the first woman to be elected to office in Missouri. House Speaker Elijah Haahr and other members of the House gathered in the House Chamber this week to induct Annie White Baxter into the Hall of Famous Missourians. 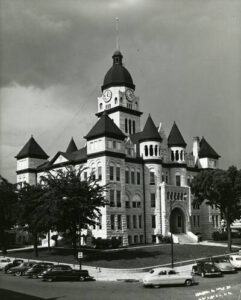 Described as a political trailblazer, Baxter was the first woman elected to public office in Missouri and the first female county clerk in the United States. She was elected Jasper County Clerk in 1890, 30 years before women were eligible to vote. She later served as the state registrar of lands from 1908 to 1916, and as the financial secretary of the Missouri Constitutional Convention in 1922.

Baxter earned a reputation as one of the state’s best county clerks. She played a role in the planning and early work in constructing the current Jasper County Courthouse. Then-governor David R. Francis named her an honorary colonel for her work, leading to one of her nicknames, “Colonel Baxter.”

House Speaker Elijah Haahr selected Baxter for induction into the Hall. Haahr said people like Baxter paved the way for those who have influenced his life and the lives of those close to him.

Haahr said it was his mother who was the first political advisor in his life, “who really gave me the words of wisdom that ended up putting me on course to take the job that I have today. I pass that along to my children, especially my three daughters who will grow up in a world where they don’t have to think about not having the opportunity to vote and not having the opportunity to run for office. It’s moments like these that I feel especially excited about not just what we’ve learned from the past but about the future of our state and our country.” 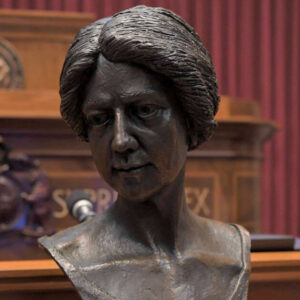 The Women’s Foundation played a key role in making the induction of Baxter a reality. Wendy Doyle, who serves as CEO and president of the foundation, said, “We know that recognizing the historical contributions that women have made in the past is an important part of empowering and inspiring women of all generations today. Today is a moment of great Missouri pride.”

Baxter’s induction came one week after the 100th anniversary of the ratification of the 19th Amendment, which gave women the right to vote. Doyle called that an event of, “great significance for Annie White Baxter, knowing she oversaw the very elections that she couldn’t even vote in.”

The Hall of Famous Missourians is located in the third floor Rotunda of the Missouri State Capitol, between the House and Senate chambers.  Others in the Hall include Walt Disney, Laura Ingalls Wilder, Rush Limbaugh, and Josephine Baker.