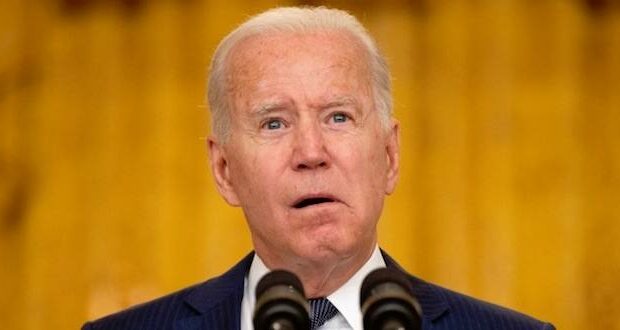 President Joe Biden addresses the nation over actions that led to the death of 13 US service members and 100 Afghans.

Fewer than four in 10 Americans approve of the job President Joe Biden is doing according to the latest polls.

A new Economist/YouGov poll found that Biden’s approval ratings “on his handling of major issues, have all fallen, dramatically in some cases.”

A recent ABC News/Washington Post poll found that Biden’s disapproval rating was at 51 percent, while Rasmussen Reports has had disapproval of Biden as high as a 56 percent in recent days.

For the first time, more Americans disapprove (45 percent) of Biden’s handling of the coronavirus pandemic than approve (42 percent), according to the YouGov poll. This week, just 40 percent approve of the president’s handling of jobs and the economy, while 47 percent disapprove. In previous weeks, more usually have approved than have disapproved.

The extremely bad numbers come after Biden campaigned on a promise to end the Covid Pandemic while he continues to criticize Donald Trump’s handling of it. To date, the Biden administration has missed a July 4 deadline to have 70% of Americans vaccinated. Just 54% of Americans have been fully vaccinated.

Conflicting guidance from the administration and the CDC have also caused a majority of Americans to “tune out” government statements and warnings.  This week, newly released emails reveal Dr. Anthony Fauci lied in his May appearance before Congress on the origins of the virus, according to Senator and Doctor Rand Paul and other Republicans. They are now calling for Fauci to resign.

The numbers for the economy are no better as inflation skyrockets and food prices double in many instances.

Another top line from the report was the Americans were nearly three times more likely to say that the economy was worsening than getting better.

The poll said Biden’s cratering standing with Americans comes amid economic problems, a pandemic that he has failed to tame and his disastrous foreign policy decisions in Afghanistan.

Political analysts say that rarely has a president recovered from such low poll numbers. Overall, the Democrat Party is also at historic low polling with one big test coming on September 14 with the recall election of California Gov. Gavin Newsom.

Previous: ‘Show Me the Father’ movie explores good, and bad, parenting
Next: “We will not comply” has a proud history in America’s social struggles