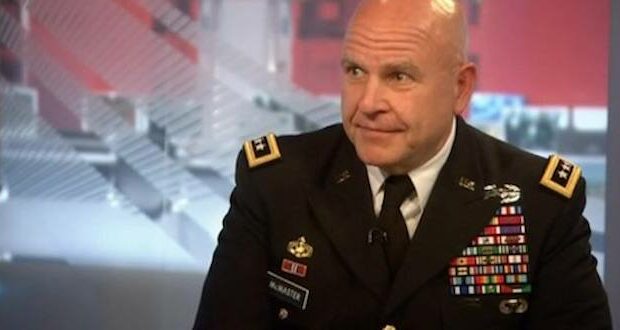 Lt. Gen. H.R. McMaster fired by the Biden administration from the board of a US military academy.

Board members serving U.S. military service academies are being fired or forced to resign by the Biden administration because many were appointed by Donald Trump. They include well-respected generals and a female officer and Afghan vet who won the Pat Tillman award.

The move is unprecedented among recent presidents. Members typically serve the entirety of their three-year terms and in the past have rarely been asked or forced to resign. President Trump allowed all of Barack Obama’s appointees to fulfill their terms.

The duties of the boards are “to inquire into the state of morale and discipline, the curriculum, instruction, physical equipment, fiscal affairs, academic methods, and other matters relating to the academy which the Board decides to consider.”

White House press secretary Jen Psaki asserted at a press briefing that the administration was seeking to ensure that the advisory board members were “aligned” with President Joe Biden’s values.

White House spokesman Chris Meagher then said that all of the Trump appointees “either resigned” or have been “terminated from their position.”

Eighteen members of military service advisory boards, including 11 officials appointed by former President Donald Trump, were asked to resign or be fired. The list included decorated female veterans and other retired military personell. 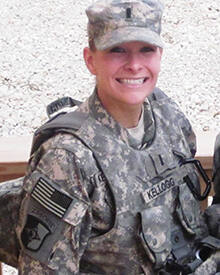 Many of the board directors refused to resign, forcing the administration to take the unprecedented step of firing them without cause and setting up legal action.

In a letter to Biden, Conway stated that she would not resign from her advisory position at the Air Force Academy. Instead, she turned the tables.

“President Biden, I’m not resigning, but you should,” she wrote on Twitter.

President Biden, I'm not resigning, but you should. pic.twitter.com/HuRYM4bLYP

“Three former directors of presidential personnel inform me that this request is a break from presidential norms,” Conway wrote in her letter to the president. “It certainly seems petty and political, if not personal.”

Several of the officials posted screenshots on social media of the letters they said the White House sent them on Wednesday, asking that they either resign by 6 p.m. that day or be fired.

“On behalf of President Biden, I am writing to request your resignation,” White House Personnel Director Cathy Russell wrote to the appointees. “Please submit your resignation to me by the close of business today. Should we not receive your resignation, your position with the Board will be terminated effective 6:00 pm tonight. Thank you.”

Russell T. Vought posted on Twitter a copy of the letter from Russell, saying he wouldn’t resign as a member of the Board of Visitors to the U.S. Naval Academy.

“No. It’s a three year term,” Vought wrote on Twitter.

“Instead of focusing on the stranded Americans left in #Afghanistan, President Biden is trying to terminate the Trump appointees to the Naval Academy, West Point and Air Force Academy,” Spicer said on Twitter.

Spicer said on his show on Newsmax that he and other appointees intend to file a lawsuit challenging the decision.