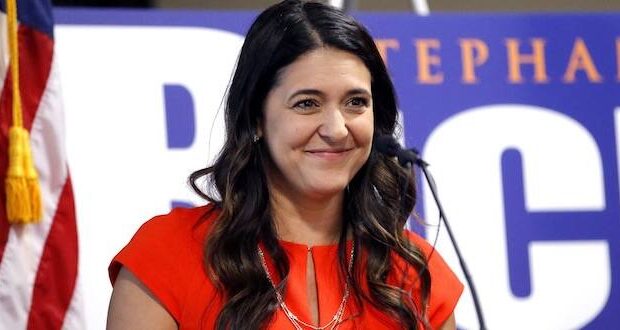 As the official results in the Presidential election remain unsettled, pro-life Republican women helped reduce the power of Nancy Pelosi in Congress.

Nancy Pelosi will return to Congress without some familiar Democrat faces and the number could rise. With California numbers still coming in, Republican women have so far beat incumbent Democrats for an impressive five seats in the House of Representatives in the Nov. 3 election.

A record 55 Republican women had won their House primaries this year, breaking the previous high of 53 set in 2004, according to the Center for American Women in Politics at Rutgers.

That led to good news for conservatives on Tuesday night.

As of 5:30 a.m. on Wednesday, according to Decision Desk, Democrats had secured 182 House seats, compared to 176 for Republicans.

A party needs 218 seats for a majority of the lower congressional chamber.

Democrats held a significant advantage in the House in the 116th Congress, starting the term with 235 seats to the GOP’s 199.

The wins add to a growing number of conservative women Republicans in Congress.

Fischbach said in an early morning statement that she was honored to receive support from Minnesota families.

“I am grateful for the backing and am excited to hit the ground running in Washington to work on behalf of MN,” she said.

Tom Emmer, chairman of the National Republican Congressional Committee, said Fischbach would be “a true conservative voice in Congress.”

Salazar thanked voters for their support. She had painted Shalala as a socialist and said she was against socialism.

“As a first-generation Cuban-American whose parents fled socialism, Maria is a force to be reckoned with and will always stand up for freedom, not socialism,” Emmer said in a statement.

Bice said in a statement that she was “incredibly proud and honored to be elected.” Emmer praised her as a “tireless advocate for Oklahoma taxpayers.”

Mace posted a photograph on Twitter showing her smiling after the election was called early Wednesday.

“Congratulations to Nancy Mace on her victory. As the first female graduate of the Citadel and now the first Republican Congresswoman for South Carolina, she is a barrier breaker who will continue to fight for South Carolinians and the Lowcountry,” Emmer said.

Herrell said in a statement: “It’s the honor of my life to be elected to serve #NM02. My commitment to each citizen of our district is that I will serve each of them with integrity as we work together to rebuild our economy and protect the values that make America great!”

None of the Democrats appeared to have conceded as of early Nov. 4.

Manning, 64, a lawyer, beat GOP nominee Lee Haywood for the seat that was held by retiring Rep. Mark Walker (R-N.C.).